How to skip Black Friday and still get the best deals 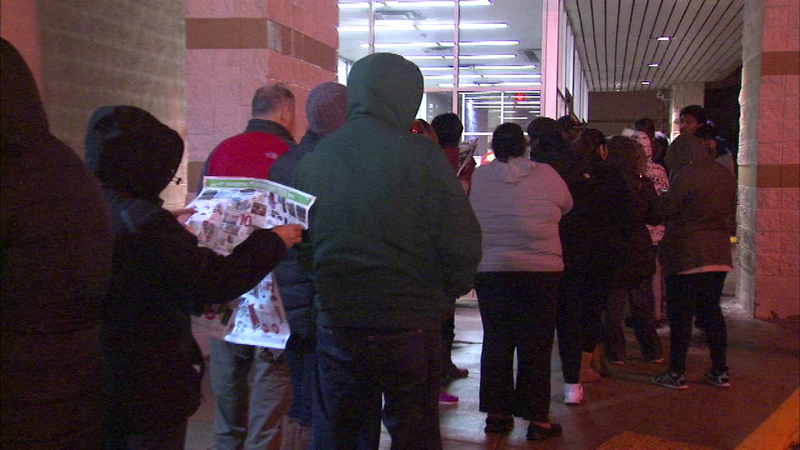 How to skip Black Friday and still get the best deals

CHICAGO (WLS) -- If you're looking for the best deals on gifts for the holidays, the ABC7 I-Team finds that you may not have to get up at 4 a.m. on Black Friday to get a deep discount.

One consumer study is now saying that many of those so-called "deals and steals" are just recycled sales from years past, and that some of these door busters can be found other days of the year.

Jill Cataldo calls herself "The Coupon Queen". The author and blogger in northwest suburban Huntley is telling the I-Team how you can skip Black Friday and still find some of the best bargains around.

ABC7's Jason Knowles asks: "And you're telling me you don't have to get up at the crack of dawn anymore?"

"I think some people really enjoy that ritual of chasing the deals but the reality is we have seen Black Friday stretch into the entire week, and some people say Black November," Cataldo said.

She says several deals stretch into the first few weeks of December. You can also order products online and have them shipped directly to the store to avoid the lines. Cataldo also has a warning about super cheap door busters - like some she's seen for big screen TV's for under $200.

"When you do your homework and look up these models features again, they may be very stripped down," Cataldo said.

The financial help website, Nerd Wallet in San Francisco, studied so called door busters for four years and found some may be a bust.

"We have literally taken all of the ads, all the coupon books we have seen from stores and built up a database over time," said Sean McQuay, Nerd Wallet.

Sean McQuay says it found that several ads for products were repeated over the years by the same stores- and that others were found on other days of the year.

"Ninety-five percent of merchants are repeating their same sales, so what it really says is that Black Friday is not that special of a thing. It is another marketing brand, another play to say to the consumers 'Come into our stores and buy our stuff,'" McQuay said.

"If you keep your eye out all year round you can find deals for Fourth of July, Veterans Day. You can because those are very good shopping days for everybody," Cataldo said.

There are other ways to save over the entire year. Websites and apps like Slice, Flip, Shop Savvy and Chicago-based Brad's Deals help consumers by aggregating deals and monitoring markdowns. Slice says it will even track your receipts and let you know if a price drops.

Cataldo says she Googles product numbers to figure out if sale ads are really a deal.

And her blog features appliances at Kohl's where you can use rebates and Kohl's cash to essentially get some appliances for free.

"You pay but it all comes right back to you, so we love deals like that," Cataldo said.

There are, however, special door busters that you can only get Thursday night and into Friday that you may really have your eye on.

And experts say you shouldn't procrastinate too much. About two weeks before Christmas, prices start to inch up because retailers know you are crunching.