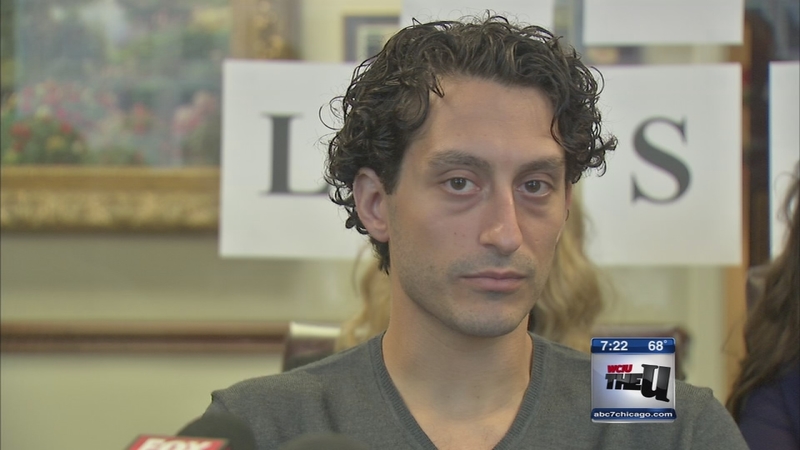 CHICAGO (WLS) -- Mario Casciaro spoke about a court's decision that prosecutors failed to prove his guilt in the 2002 murder of Brian Carrick in Johnsburg, Illinois.

A free man, Casciaro said he is not angry or bitter because he always knew his day would come - and it did. Casciaro, 32, walked out of Menard Correctional Center Wednesday after the Illinois Appellate Court overturned his murder conviction.

"Every day is a blessing, once your life gets stolen from you and you get it back it becomes so much more valuable, it you can even imagine that," Casciaro said.

Casciaro said his life was stolen from him when he was arrested for the 2002 murder of Johnsburg teenager Brian Carrick. The boy's body was never found, but prosecutors said he was murdered at a grocery store that was partially owned by Casciaro's family.

After a first trial ended in a hung jury, Casciaro was convicted in 2013. The evidence was based on testimony from a convict named Shane Lamb. He later admitted he lied in exchange for immunity.

"I don't think that they can genuinely say that they were really looking for what happened to Brian Carrick, this was more about just getting a conviction. This wasn't about a pursuit of truth," Casciaro said.

Casciaro said this is a case about malicious prosecution from the McHenry County state's attorney. The appellate court ruled key physical and forensic evidence was ignored; another person's DNA was found at the scene with Carrick's blood. In addition, Casciaro had an alibi.

"The appellate court said no reasonable juror would have convicted on this evidence," said Kathleen Zellner, Casciaro's attorney.

It was evidence that Casciaro knew would set him free one day. Locked up for several years, Casciaro said he never let it get to him.

"I never let my mind be in prison, I read a lot, worked out a lot, I stayed out of the way, kept to myself," Casciaro said.

Casciaro said he read a lot of law books in prison. His goal is to go to law school, then run for public office in the same county that convicted him.

His attorney Kathleen Zellner said they are likely to file a malicious prosecution civil suit. The McHenry County state's attorney's office had no comment.