Cancer survivor strums smiles onto the faces of other cancer patients 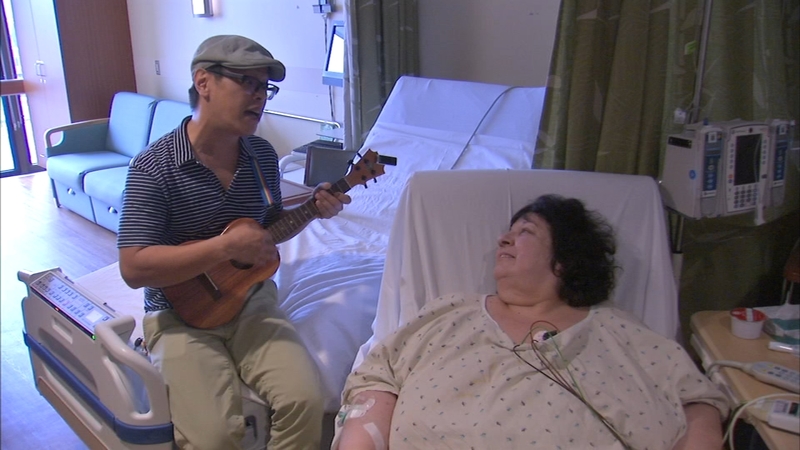 CHICAGO (WLS) -- Walking through Advocate Illinois Masonic Medical Center, you may hear the bubbly sounds of a ukulele floating lightly down the hall. That's thanks to 47-year-old Narciso Lobo, or "Seeso" as he is called, who is on a mission to bring a smile to patients' faces with the power of a cheerful song.

Seeso made a promise to himself that he would come back here to give back to the patients fighting for their lives.

"How do I give back? How can I give back? I don't know how to do much, but I can play this little baby guitar," he said.

Seeso made that promise after fighting for his own life in 2016: He was diagnosed with stage 2b colorectal cancer, 10 years after his father died of colon cancer.

He had confidence about his own fate, however.

"When I got diagnosed there was no doubt in my mind that I would beat it," he said.

Seeso started with chemotherapy and radiation, then surgery, last December.

"The surgery involved a two-step process where, in order to protect the connection that was made from his colon re-section, he had to have a temporary diversion of his intestines then had to go back to surgery to have it reversed," said Ana Bedon, an advanced practice nurse who was involved in his treatment.

Seeso persevered. He's under close monitoring by his health professionals, but said things are looking good.

Having learned to play both the piano and guitar, partly from his father, he's now bringing the joy of music to other patients.