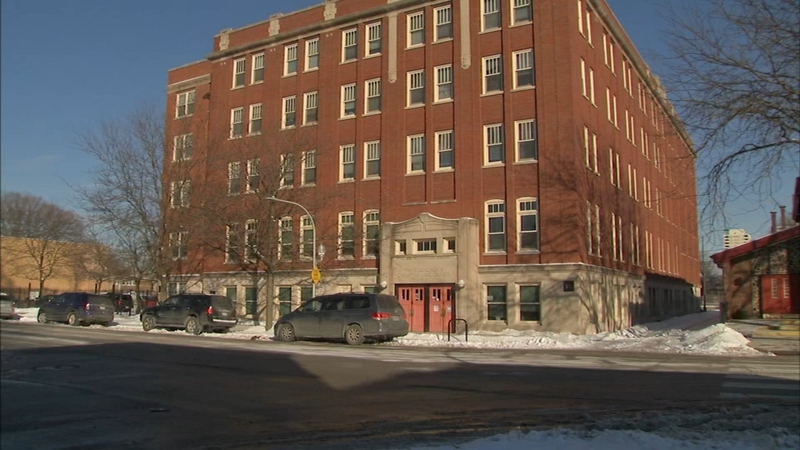 The historic Wabash Y served as a gateway for African-American families during the Great Migration.

The modest building at 37th and Wabash has city, state and national landmark status.

"This building was one of the first people of color YMCAs in America. It was put together by Julius Rosenwald," said Patricia Abrams, Exec. Director of the Renaissance Collaborative.
Peter Ascoli is the grandson and biographer of Rosenwald.

"He was visited by a delegation from the YMCA. These folks from the YMCA asked JR if he would be willing to give $25,000 to build a YMCA for Blacks in Chicago," said Ascoli. "If you were a Black young man coming to Chicago to look for a job, and you didn't have friends or relatives here, you couldn't go to a white hotel and there was no place for you to stay."

Eric Small serves as treasurer of the Renaissance Collaborative board.

"My father, in 1917, he immigrated to the United States to attend college at the Louis Institute," said Small. "He couldn't live on campus because of racial discrimination, he lived in this building."

"From day one, this has been a place where people could come and socialize and it was always a place for everybody in the community," said Abrams.

The Wabash Y became an anchor in the African-American community. Dr. Carter Woodson founded the Association for the Study of African American Life and History there in 1915. Woodson returned nine years later and made an historic declaration.

In the late 70's, the Y closed as people were moving out and the neighborhood was in decline. It was almost torn down.

"So the clergy decided we really should save this building and convert it back to what its purpose was initially," said Abrams.

"Right now I think there are 101 rooms of housing for individuals coming out of homelessness," said Dr. James Moody.

The residential side also has job training; the historic side has monthly tours.

"We just walk through the building with images placed throughout to kind of set up the story of the founding and then the hey-day of the YMCA," said Tara Balcerzak, Resource Development, Comm. Manager Renaissance Collaborative.

And the building's gym was more than a gym. It was used for any community event that they couldn't fit in any other room.