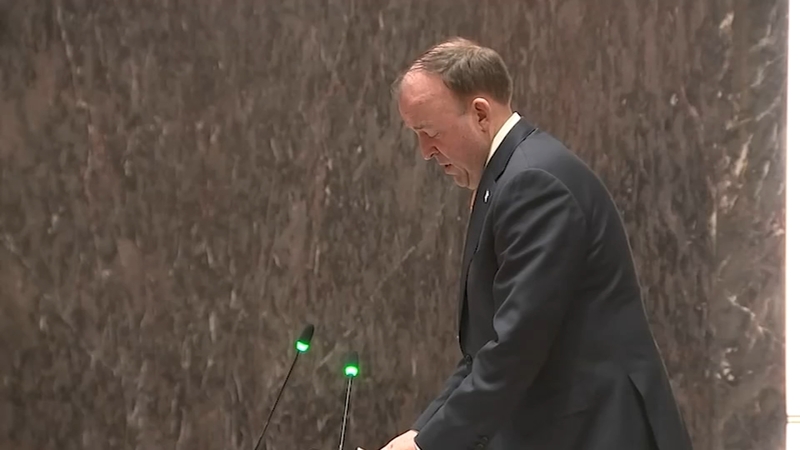 CHICAGO (WLS) -- A special meeting of the Chicago City Council planned for Wednesday was canceled when not enough aldermen showed up.

The meeting was called to discuss whether natural immunity against COVID-19 should be considered as a valid alternative to the vaccine requirement for city workers.


Aldermen huddled in groups as they waited for colleagues to arrive. Twenty-six are needed to hold the meeting, but only 17 showed up, which was not enough for quorum. The meeting was over before it ever started.

"I think it's sad that a group of aldermen would rather attend a press conference yesterday about redistricting than show up today and try to save our Chicago Police Department," said 23rd Ward Alderman Silvana Tabares.

At the heart of the debate is concern about Chicago police officers being fired for refusing to comply with the vaccine requirement. As of Monday, more than 2,300 officers had missed the Sunday deadline to get their first shot.

Eleven city council members sent a letter to Mayor Lori Lightfoot Monday calling for the meeting to vote on adding natural immunity as an alternative, something the CDC and medical professionals generally agree is not as effective in preventing COVID, particularly serious infections requiring hospitalizations.


"There is certainly some degree of protection that natural immunity having survived the infection provides, but it is far and away lower than what we can see with vaccines," said Dr. Benjamin Singer, attending physician Northwestern Memorial Hospital.

The mayor was out of town and did not attend the city council meeting, but addressed it yesterday.

"I'm not going to continue to be engaged in political charades and stunts, I'm just not," Lightfoot said.

"Her stunt, her trick for today was to avoid having a quorum and avoid the City Council taking matters into their own hands to ensure that the full scope of science is included in our policy making decisions. It's unfortunate," said 15th Ward Alderman Ray Lopez.