Chicago bars, restaurants that serve alcohol required to close by midnight each night to slow spread of COVID-19 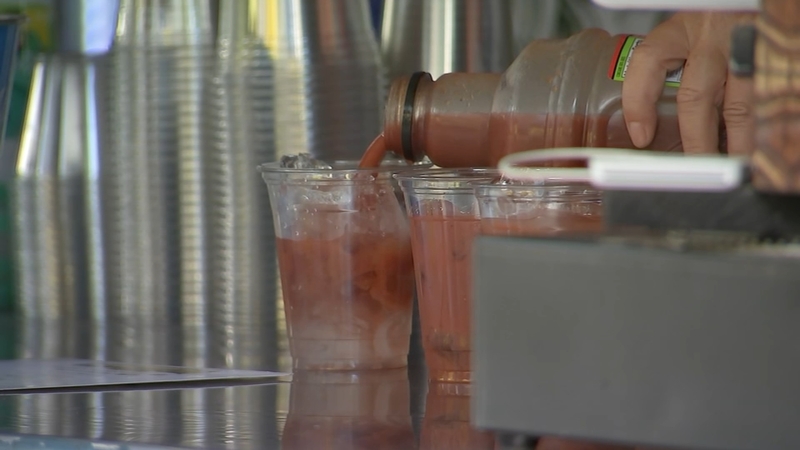 CHICAGO (WLS) -- Chicago has announced a new closing time for bars and restaurants that serve alcohol.

Effective immediately, all bars, restaurants, breweries and other places that serve alcohol will be required to close by midnight every night.

The new regulation is on top of existing regulations that prohibit the sale of alcohol in bars and restaurants after 11 p.m. and the sale of to-go drinks after 9 p.m.

Scott Weiner, one of the owners of the Fifty/50 restaurant group, said they still have not been able to open all of their locations, but it's a sacrifice that needs to be made.

"All our fates are intertwined; she's (Mayor Lori Lightfoot) made it clear that if there are bad actors among us they're going to be fined, and if all of us are bad actors she'll shut us down," Weiner said. "I love the leadership saying we're going to set the example on how you do reopen."

Chef Charles Martin, co-owner of Persona, said he understands why the city made their decision.

City officials say this new requirement will help minimize the spread of COVID-19 by preventing groups congregating late at night.

"We got to follow the rules," said Sam Sanchez, of Moe's Cantina and Old Crow Smokehouse. "There is no doubt about it. But once we take care of the problem, we want the rules gone."

Sanchez said no one wants COVID-19 cases to spike in the city and have to go through another mandatory shutdown.

The liquor curfews along with the new midnight closure order for places that serve liquor goes into effect Friday.

Curbside pickup or delivery of food can continue after midnight. Restaurants that do not have a liquor license are not subject to the midnight closure.

Meanwhile, the city also announced the Chicago Riverwalk will now resume normal operations from 6 a.m. until 11 p.m. for both recreation and businesses. Those on the riverwalk must wear face coverings and keep a social distance.

City officials have been monitoring the traffic at the Riverwalk, and they felt it was safe to roll back some restrictions. Vendors along the river say it was the right call.

"It's pretty great," said Ambrosia Borowski of The Northman Beer & Cider Garden. "We will be able to really enjoy the space after the sun goes down for a little bit longer."

"We are loving it," said Steve Majeru of Island Party Hut. "This is great. With the residents, they would normally come down 5 or 6 o'clock after work, and when we were closing at 9 it was a little too soon. So being able to open 'til 11 is going to help out a lot."