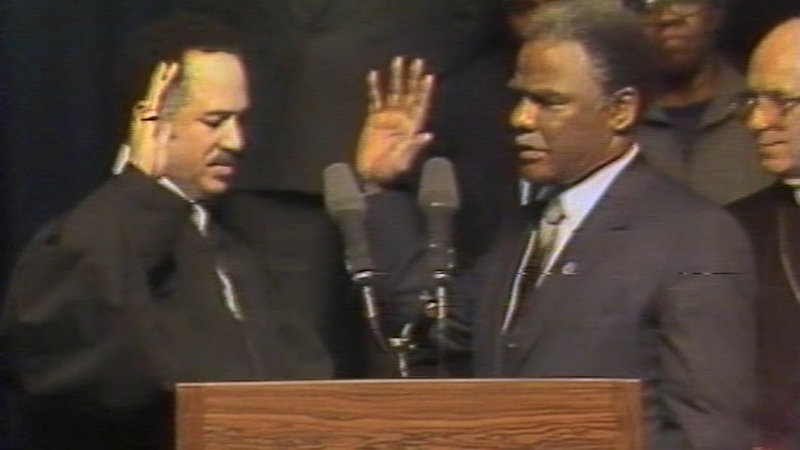 "Harold Washington is a titanic figure in Chicago, especially in the Black community. He really changed the city forever," Winston said. "He's a fantastic character for a movie. He's so brilliant and exciting and his story plays like a political thriller."

Winston said young people who told their stories about Washington were changed by those "intense" events, but recall them "like they happened yesterday."

"People like him and Dr. King, they're in danger of becoming almost Santa Claus figures: controversial in life and revered in death," Winston said. "But the battles, what he fought for, is still important and these battles are not fully resolved at all."

Winston said he hopes young Black and Brown viewers who see the film "get a sense of what's possible" when learning about what Washington managed to achieve over overwhelming odds. He added that modern politicians don't compare to Washington.

"There's really nobody like him anymore. The way that Harold spoke, this combination of brass knuckle populism and humor and fierce, ferocious intelligence," Winston said. "He's truly remarkable. If we could bottle him up and dispense more of him, I'd love to be able to do that."