75 years to the day after Al Capone's death, it's not your father's Chicago Outfit 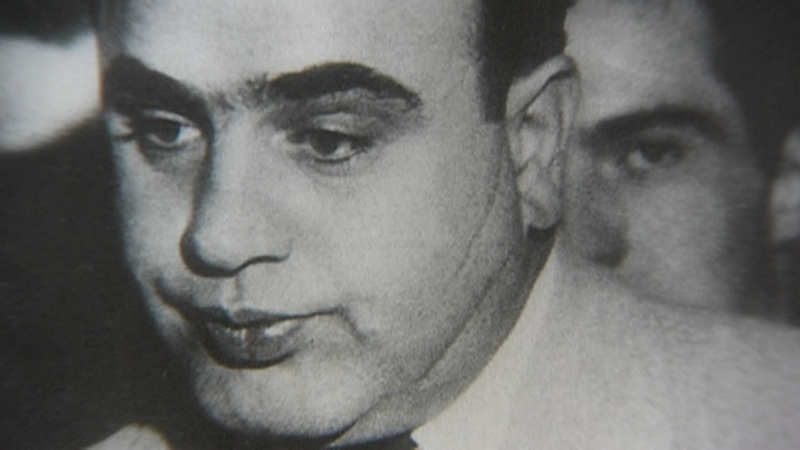 75 years after Al Capone's death, it's not your dad's Chicago Outfit

CHICAGO (WLS) -- The most notorious hoodlum in Chicago history died on Jan. 25, 1947, and while the criminal organization Al Capone built remains a powerhouse 75 years later, more than a few things have changed.

Unlike the Scarface era, now only mob experts would be able to name the current Chicago Outfit boss.

Despite a diminished crime syndicate in Chicago, the organization's bones are in place seven and a half decades after Capone's reign officially ended. However, 2022 has not been business-as-usual for the crime organization, according to Chicago mob expert and "The Chicago Outfit" author John Binder.

"I think Al Capone would say, 'who made all this stuff we used to do legal?'" Binder said, referring to legalization of gambling and marijuana in Illinois. Those were among the staples of Capone-era businesses.

Core mob businesses, known as "rackets," still include illegal gambling, according to law enforcement officials. Organized crime may offer slightly better odds than legitimate wagering businesses and allow state-banned gamblers to place bets. It will loan money to unlucky bettors, known as "juice loans." They are short-term loans that carry heavy interest rates and the threat of broken legs, or worse, for untimely payments.

"They'll do essentially what they think they can get away with," Binder said.

One thing the mob doesn't do anymore is kill people, or at least not as of late. As the I-Team has previously reported, more than 1,100 people fell victim to gangland hits between the 1920s and the new Millennium, with most murders happening in the beginning of that era.

Bodies would regularly turn up riddled with bullets as part of an Outfit plot. So many corpses were found in car trunks over the decades that the mob called them "trunk music." The definition of that phrase was provided by one Outfit boss on an FBI recording as "the gurgling sound" made by a decaying human body under the lid of closed trunk.

Authorities believe there hasn't been a Chicago mob murder since Anthony "Little Tony" Zizzo disappeared in 2006. Although Zizzo's body has never been found, the high-ranking boss is believed to have been abducted and disposed of by mob rivals.

"It's been quite a few years since they've been putting dumping bodies on the streets" said Binder. "They're staying very, very low key, under the radar while authorities to some extent are focusing attention more heavily elsewhere."

For decades, police departments, federal law enforcement and the Chicago Crime Commission published intricate family trees that charted who was running what for the Outfit. Those well-publicized diagrams haven't been provided in years, insiders say because of the manpower cost in surveillance and research. They have also said the legal liability of branding hundreds of people as criminals, regardless of whether they were ever charged, is a contributing factor.

Most of the top organized crime figures on those lists have died, although a few are in prison. One man, 83-year-old Salvatore "Solly D" DeLaurentis is considered to be the current leader of the Outfit, according to mob investigators.

"It's a business where experience counts for something," Binder said DeLaurentis, who was released from federal prison in 2006 and currently resides in the far northwest suburbs. He was the one who provided the definition for "trunk music."

DeLaurentis replaced the last Chicago hoodlum who might have been publicly recognized, perhaps because of his mob nickname, John "No Nose" DiFronzo.

That moniker was awarded to DiFronzo decades ago when he did a forward dive through a plate glass window during a Michigan Avenue heist and lost a good portion of his nose to jagged glass. DiFronzo survived the nostril reconstruction and decades of mob infighting before dying of natural causes in 2018.

It is, however, Al Capone's name has survived 75 years following his death from syphilis complications while residing on Palm Island near Miami Beach, Florida.

"Unlike some historical figures, he has crossed over to become a legend," said Binder. "He's an interesting individual. He lived in a very interesting time in an interesting place and was involved in interesting things. Not necessarily good things or lawful things, but you put all of those together and I think that's the same mix of things that makes the Jesse James a legend or Billy the Kid a legend."
Report a correction or typo
Related topics:
chicagoloopillegal drugsmarijuanacrimemurderchicago crimegamblinghomicidemobi teamdrugs
Copyright © 2022 WLS-TV. All Rights Reserved.
I-TEAM
Wedding guest budgeting tips
Postal police say they are sidelined during time of heightened crime
ISP combating expressway shootings with new technology, tactics
IN man pleads guilty to being in US Capitol during Jan 6 insurrection
TOP STORIES
Security guard hurt after confrontation at suburban Walmart: police
Some peanut butter recalled for potential salmonella
Security guard shoots man in buttocks at Millennium Park
'Absolutely terrified' teen boy dies hours after 'sextortion' scam
Wedding guest budgeting tips
'Multiple people' injured in shooting in northern Indiana: police
10 shot in weekend violence, Chicago police say
Show More
Chicago mass shooting victim ID'd as father of 2, with twins on way
Chicago police warn of robberies on Near North Side
At least 1 dead, 44 injured after tornado strikes northern Michigan
Weather for Preakness could be hottest in history of race
First formula flights from Europe to arrive this weekend
More TOP STORIES News