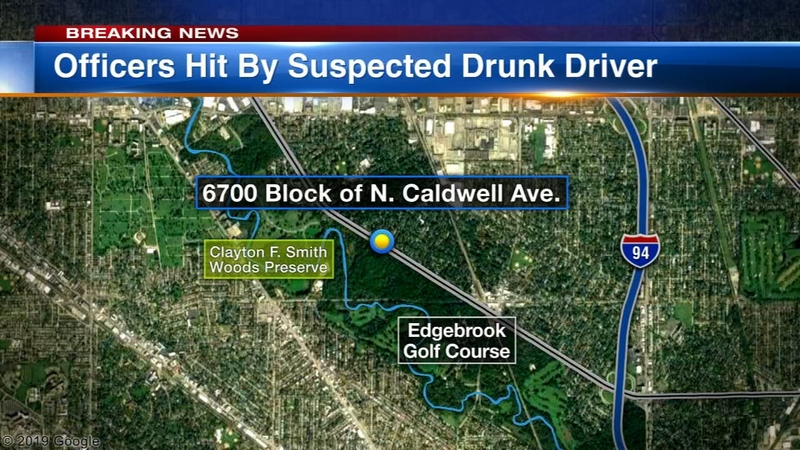 CHICAGO (WLS) -- Two Chicago police officers were injured when a suspected drunk driver crashed into their squad car on the Northwest Side, police said.

The officers were in the squad car traveling south in the 6700-block of North Caldwell Avenue when at about 2:14 a.m. they were struck as they attempted to make a left turn, police said.

The two officers and the male driver of the sedan that struck the squad car were transported to the hospital with minor injuries.