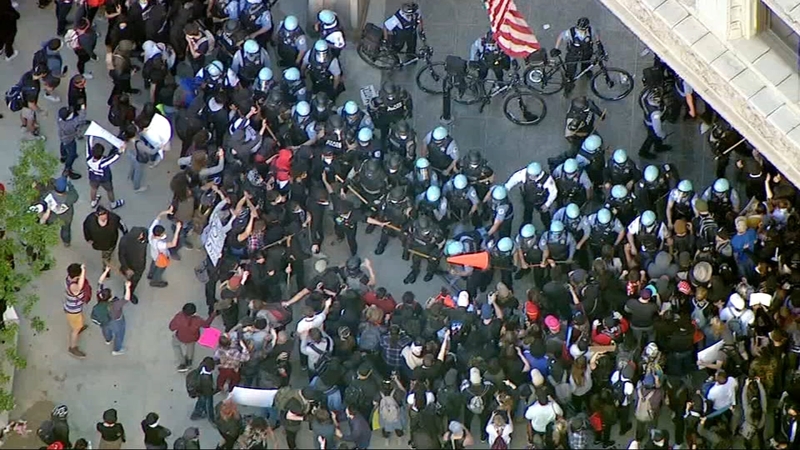 CHICAGO (WLS) -- The death of George Floyd has sparked the worst civil unrest in decades, even more intense than previous uprisings in recent years that followed other instances of black men being killed by police.

A University of Illinois at Chicago professor of African American studies and criminology says Floyd ignited a centuries-old powder keg.

"When you operate on a land that was founded on slavery, genocide and unlawful land appropriations, these are the things that constantly erupt to remind the general populace of what this place has always been," said Dr. David Stovall.

Stovall said what's perceived as divisive rhetoric from the White House fanned the flames and deepened the fatigue of people who are disadvantaged and disrespected.

"I think the uniqueness of this moment is that people refuse to be pacified," Dr. Stovall said.

Add to this, the pandemic, which had already exposed how communities of color were disproportionately affected by COVID-19.

"There have been these large life expectancy gaps driven by the social conditions under which people have been assigned to live," said Dr. David Ansell, senior vice president for community health equity at Rush University Medical Center.

Dr. Ansell wrote a book about health disparities among minorities in Chicago called "The Death Gap: How Inequality Kills." He said the outburst following Floyd's death is understandable, and is reminiscent of the late 1960s.