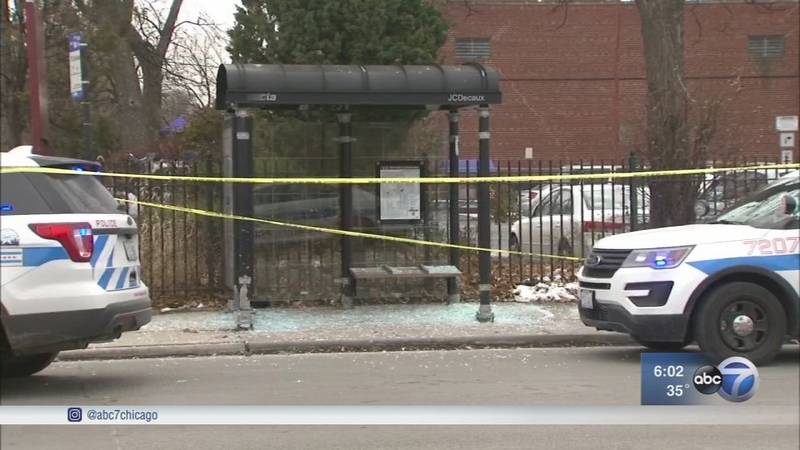 CPS student shot and killed outside West Side school

A group of males were walking in the 4900-block of West Division Street when a black male in a red jacket fired shots just after 9:10 a.m. outside YCCS-West Youth Connection Charter School, police said.

An 18-year-old and a 17-year-old were wounded in the shooting. The younger teen was shot in the leg, CPD First Deputy Superintendent Kevin Navarro said at an 11 a.m. press conference. One of the victims ran into the school for safety. Both victims are students at YCCS-West.

The teens were rushed to Stroger Hospital, where the 18-year-old died. Authorities have not released his identity. The 17-year-old's condition stabilized at the hospital.

Investigators believe the shooting stemmed from an argument. Navarro said police also believe the victims and the shooter knew each other, since they were seen together on surveillance video.

Police have not yet identified the suspect. No one is in custody. Area North detectives are conducting an investigation.

The shooting was caught on surveillance. In the video, a group of teens crosses the street and gets into an altercation of some sort in front of the bus stop at Division and Lamon. Moments later, a teen seen on video in the red jacket pulls a gun and shoots, then runs away.

"The shooting appears to be among individuals that know each other," said Chicago Police First Deputy Kevin Navarro. "We have video; we do not know the specific person we're looking for at this time."

Police said they don't know what prompted the altercation. And while they say they have not yet identified the shooter, there is speculation he might be another student. The school was not making any official comments as of Monday afternoon. The school has about 100 students, ages 16 to 21, considered at-risk but trying to get their high school degrees as well as other vocational training.