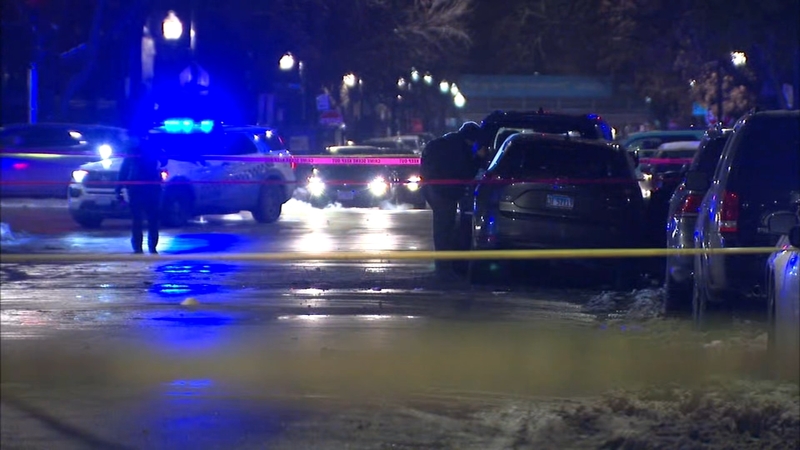 CHICAGO (WLS) -- Two men were killed in a shooting Thursday evening in the Ravenswood neighborhood on Chicago's North Side.

Chicago police said someone in a white truck fired shots at the men as they drove in the 1500 block of W. Wilson Ave just after 5 p.m.

After being shot, the driver lost control and crashed into a fixed object and the vehicle caught fire, police said. He was pronounced dead on the scene.

Police said a 28-year-old male passenger was also shot in the chest. He was rushed to Advocate Illinois Masonic Medical Center in "grave" condition and later died there.

The victims have not yet been identified. So far, no one is in custody.