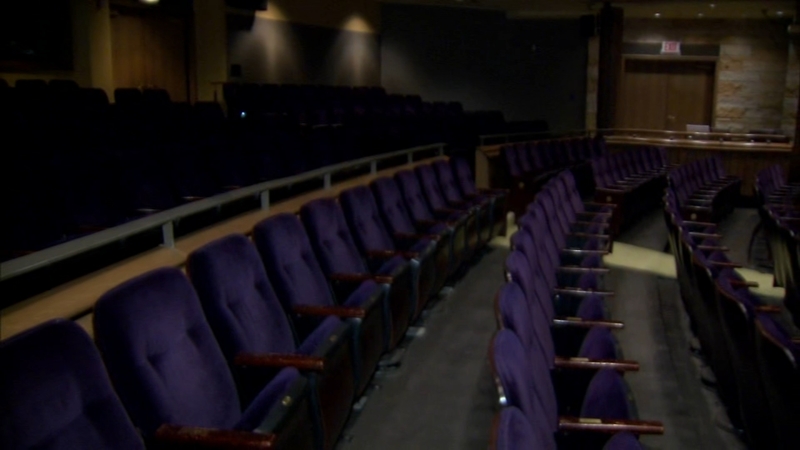 CHICAGO (WLS) -- As COVID restrictions continue to slowly ease up, there is a possibility that Chicago's theaters could reopen toward the end of the year, but with some changes.

"It's going to be a really golden age for drama and we just have to be patient and we have to be optimistic," said Robert Falls, artistic director at Goodman Theatre.

"It's going to take some time to get back," said Jackie Taylor, founder and CEO of Black Ensemble Theater. "We wanted to stay in from on the public's eye, so we had to pivot to the digital form. Our Black Playwright's Initiative, our BPI, they revved in motion and produced eight one-act plays online."

"Getting Christmas Carol to our audiences was an extraordinary achievement," Falls said. "We decided the best way and I think the most innovative way we could present it was as an audio version. It was quite an amazing event that we were able to get quite a large cast into our rehearsal room, they were sectioned off in plexiglass booths, and we were able to get this marvelous version out to our audiences."

Chicago theater: 1 year after all venues went dark, how is the industry carrying on?
EMBED More News Videos

One of the hardest hit industries during the COVID pandemic has been Chicago's vibrant theater scene, which has been dark for the past year.

"It's interesting because there are things that came out of this that would never have happened!" said Miguel Cervantes, who now plays Alexander Hamilton on Broadway. "We may have never been able to do something cool like that! I never would have been able to experience that virtual big band!"

When asked if streaming might continue once COVID-19 restrictions have eased, American Blues Theatre artistic director Wendy Whiteside said, "We plan on doing at least one per show. The idea that anybody in the world can see live performers from some of the best performers in the world is really exciting!"

"I'm hopeful," said Eileen LaCario, vice president of Broadway in Chicago. "We are going to open in October. We have Six, which is an amazing musical that's opening on Broadway as well, and we have Frozen that's coming in November. What we're assuming is there will be masks, we will have touch less entries so you'll be using mobile tickets, ventilation in the buildings has been changed."

"It feels like, and I've been hearing it everywhere, there is light at the end of the tunnel here," Cervantes said. "To say that this is OK for people to get into these rooms, and you know, the room where it happens, and get in there and feel safe and secure and for us to feel safe and secure."

"I know the landscape of our industry is forever changed, we're already starting to see new artists coming to the forefront, people of color and they're assuming new leadership roles in our industry and it is tremendously exciting!" said Walter Stearns, executive director of the Mercury Theater.