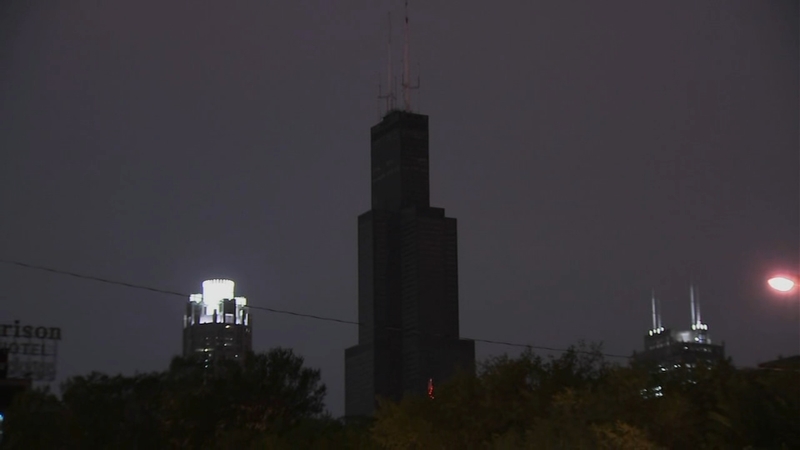 CHICAGO (WLS) -- Chicago's tallest building is still without power Wednesday after heavy rain drenched the area for the wettest May on record.

The power was knocked out at Willis Tower early Monday morning after four feet of water flooded the building's electrical vault. Crews have been working to pump the water out of the building before ComEd can send a team inside to assess the damage.

City officials said barricades will remain up on Lower Wacker Drive from Randolph Street to Harrison Street through Saturday due to the high water levels.

A Lakeshore Flood Advisory remains in effect for Cook County until 9:00 p.m. Wednesday.

On Monday, six people had to be rescued from the lower level by boat after high water had trapped motorists and several homeless people.

In the suburbs, officials said high water along the Illinois River may have caused a barge to detach and hit a bridge in LaSalle County.

Parts of the Naperville Riverwalk are still shut down due to the high level of the DuPage River and the Fox River is still at flood stage in Algonquin.

"It's still pretty bad. It's up pretty high, it's just now encompassing I would say about half of our backyard," said Algonquin resident Phillip Barnes. "It's what next week brings that were a little bit more uncertain about."