Maureen Farlow was wearing her lucky hat that she wore during the 2005 World Series when the Sox beat the Astros, and she's hoping for the same result today.

CHICAGO (WLS) -- The Chicago White Sox are back in the playoffs and faced off against the Astros in Houston Thursday in the first game of the American League Division Series.

The Astros won the first game in the series, 6-1, at Minute Maid Park.

With the pennant push officially underway, fans in Chicago's Bridgeport neighborhood said they have been waiting for this a long time.

Maureen Farlow has been a Sox fan for more than seven decades. She was wearing her lucky hat that she wore during the 2005 World Series when the Sox beat the Astros, and she's hoping for the same result today.

"Every night I say my rosary and I wish the White Sox the best of luck in the playoffs and that they go all the way," Farlow said.

The Sox are a big deal around the Bridgeport neighborhood, where fans are looking forward to a long playoff run. They view last year's early exit as a warmup for this year.

A lot of fans got their seats early to watch the game down the street from the ballpark. And despite it being a weekday afternoon, they are ready.

"Definitely this is the most excited I've been for a baseball game since 2005," Sox fan Eric Barberio said.

Of course a lot has happened since 2005, but longtime Sox fans remember it well. And Bridgeport business owners are looking forward to a repeat - not only as fans, but because of the crowds of fans it brings to the neighborhood.

"Since the last year we need this. Chicago needs this," said Susie Petrizzo, manager at Turtle's.

"We can't wait," added Turtle's Claire Caruso. "After COVID, we are excited to be here to support the Sox."

The Houston Astros sure love October.

McCullers pitched scoreless ball into the seventh inning, and the Astros beat Lance Lynn and the Chicago White Sox 6-1 in Game 1 of their AL Division Series on Thursday.

While Houston is in the playoffs for the fifth straight season, winning the World Series in 2017 and making it to the AL Championship Series last year, Chicago is making a second straight playoff appearance for the first time in franchise history. It lost to Oakland in the first round in 2020.

Game 2 of the best-of-five series is Friday in Houston. The teams also met in the 2005 World Series, with the White Sox sweeping the Astros for the title.

McCullers, playing the role of staff ace after the Astros lost Gerrit Cole in free agency and Justin Verlander to injury in recent years, struck out four and walked none. He set career highs with 13 wins, a 3.16 ERA and 185 strikeouts during the regular season, but he also led the AL with 76 walks.

The 28-year-old McCullers didn't allow a hit until Yoán Moncada singled with one out in the fourth. The right-hander left to a standing ovation after giving up consecutive singles with two outs in the seventh. He waved to the cheering fans just before entering the dugout.

Alvarez hit an RBI double in the third and a solo homer in the fifth. Altuve wowed the crowd of 40,497 when he slid home and slapped the back of the plate just ahead of Yasmani Grandal's tag in the third.

Lynn was making his first playoff appearance since 2018 after posting a career-low 2.69 ERA this season. But the burly right-hander relies on his fastball, and the Astros are one of the majors' best fastball-hitting teams.

Lynn was tagged for five runs and six hits in 3 2/3 innings. Five of the six hits that he allowed came off his four-seam or cut fastball.

Rookie Jake Meyers had two hits and drove in a run for Houston. Brantley chased Lynn with a two-run single.

Chicago got on the board on José Abreu's two-out single in the eighth. But Kendall Graveman retired Grandal on a liner to center for the final out.

Abreu was in the lineup after dealing with flu-like symptoms for the last few days. He did not travel with the team to Houston, instead arriving Wednesday night after multiple tests showed his illness wasn't COVID-19-related. The White Sox weren't sure if he'd be able to play before he went through pregame workouts, so they submitted two different lineups to the Astros - one with the 2020 AL MVP and one without him.

RELATED: 2021 MLB playoffs: ESPN predictions from the wild-card games through the World Series 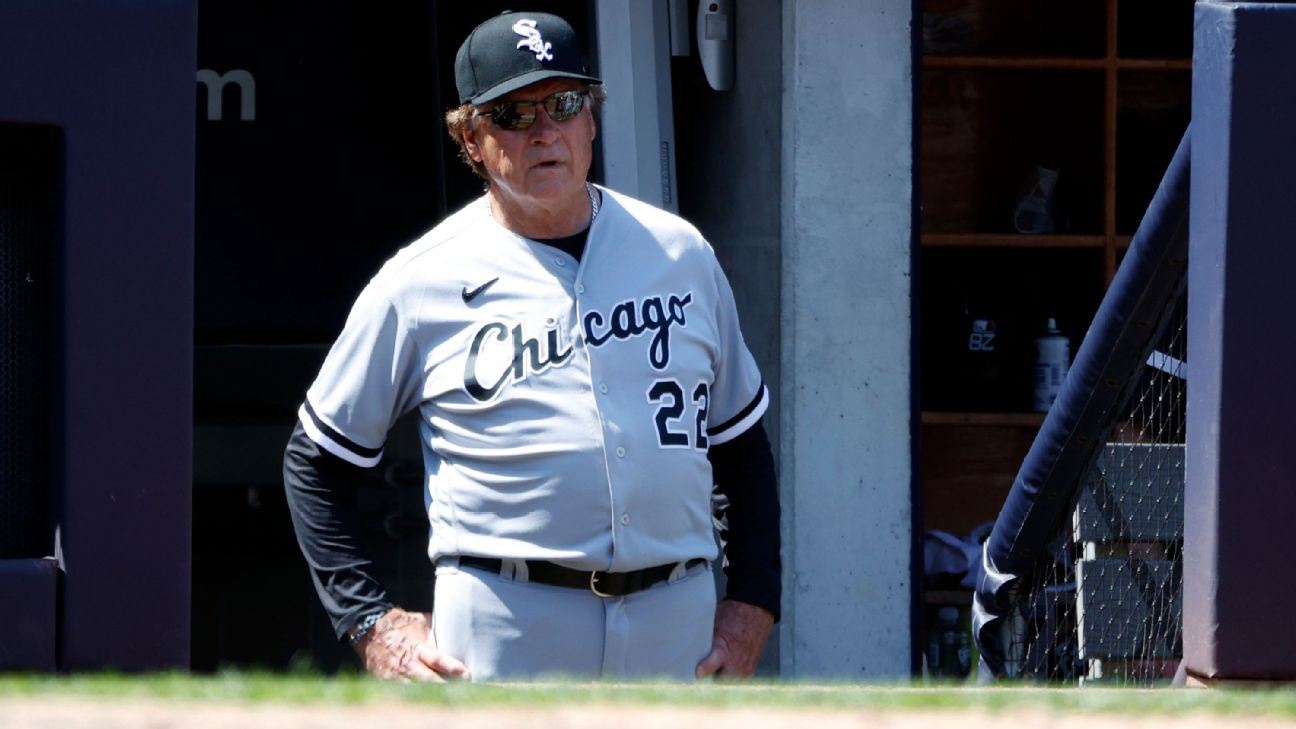 Tony La Russa stepping down as Chicago White Sox manager due to hea... 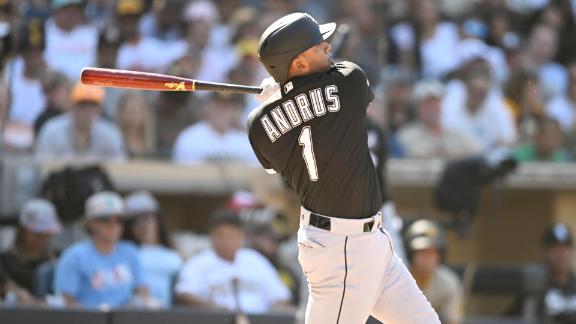