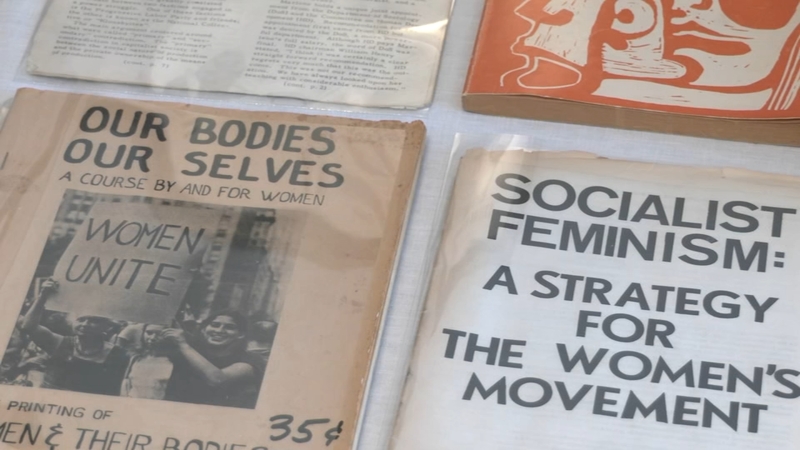 CHICAGO (WLS) -- In 1971, a group of female historians and activists in Chicago came together to form an organization to shine a spotlight on the contributions of women throughout Chicago's history.

"If you think back to that time, that was really kind of the beginning of the second wave of the women's movement, and there was a lot of activity in Chicago by young women who were becoming feminists, who were understanding the importance of standing up for women's rights. Many of them had been involved in the Civil Rights Movement or the Peace Movement," said Mary Ann Johnson, the president of the Chicago Women's History Center.

The center, located in Chicago's Logan Square neighborhood, has now been documenting and preserving resources for the study of women's history in the city for 50 years.

Johnson acknowledges it took a lot of work to get the CWHC where it is today.

"Because there just was no understanding of the contributions of women," she said.

The center has compiled a book on the biographies of hundreds of pioneering Chicago women from 1790 to 1990 . Currently, the center is documenting the stories of female leaders and activists in Chicago from 1945 to 2000.

"Women were very active in all kinds of professions in the arts, in community organizing and labor" Johnson said. For Johnson, this is her life's work.

"Because you learn about one woman's life, and you learn about the events that she was involved with. And then over here is another woman, you see that they're overlapping in some way. So it's just a continual process of putting the pieces together," she said.

They opened the center long before the country began commemorating Women's History Month in March 1987.

"Now we're recognizing that women should not be relegated just to one month, that they're an important part of history year-round," Johnson said.

Johnson argues learning women's history is especially important now because at present we are on track to repeat the past.

"Women working in the 70s, and the 80s, and the 90s in Chicago, felt that the progress that they were making in terms of expansion of rights for women and others was a permanent thing that it was progressive, but now we're finding that a lot of these things are being rolled back. So it's very discouraging," she said.