Investigation surprise: Officer to blame for crash with DUI driver, who spent months in custody 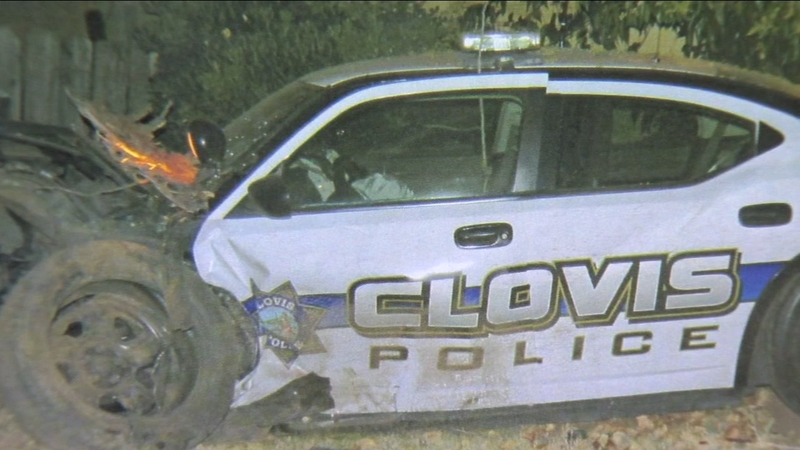 FRESNO, Calif. -- An ugly crash involving a Clovis police officer, a drunk driver, and a pedestrian is now the subject of a lawsuit and the results of a CHP investigation into what caused the collision surprised even the people involved.

She'd just had a crash with a Clovis police car, a pedestrian suffered serious injuries, and her BAC tested at .12.

Prosecutors charged her with felony DUI, and she spent months in custody.

But then the CHP report came back.

"It actually showed she was not the proximate cause of the accident and due to that, it became a misdemeanor DUI," said Jonathan Rooker, Horne's criminal defense attorney.

CHP investigators initially believed she caused the crash, but their final report put the blame on the police officer.

"It creates a whole different complexity of the investigation," said Jason Bell of Baradat Paboojian. "When you were investigating a potential DUI accident, you're now investigating an officer that was really the cause of this accident."

Jason Bell is the attorney for Sanford Martin, the pedestrian who suffered a broken leg and several broken bones. Bell says he had to litigate to get the CHP report, but now he knows what really happened.

Horne was almost all the way through the intersection of Minnewawa and San Jose when Officer Nicholas Campbell hit her.

He told investigators he was trying to catch up to a DUI suspect, so he was going 40 or 50 miles per hour.

But his car has a sort of black box -- the airbag control module -- and it told a different story.

It showed he was going 76 or 77 mph in a 40 mph zone and without turning on his lights and siren.

CHP investigators say he would've missed Horne by at least 30 yards if he was going the speed limit, and he gave himself no time to take evasive actions.

Clovis police chief Matt Basgall tells Action News the department did an internal review, but he won't reveal if he disciplined Officer Campbell.

"Would you guys find out if there's discipline involved?" an Action News reporter asked Bell.

"Yes," he said. "We will find out what Clovis PD's response was to this accident. It's certainly an issue here because we have inconsistent statements between what Officer Campbell says and then the airbag modules."

Horne walked out of court Monday with a misdemeanor conviction, but with much less of a cloud over her head.