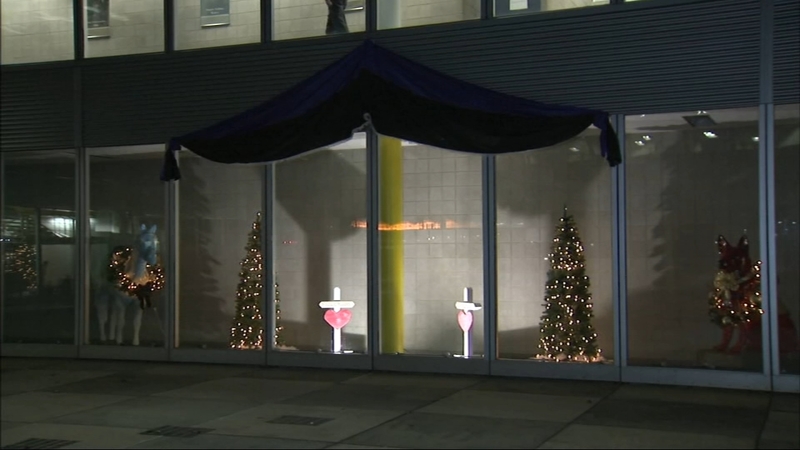 CHICAGO (WLS) -- Both CPD officers who were struck and killed by a train Monday night were rookie officers with young children. Their loss is being felt acutely by their friends, families and colleagues at the 5th District.

"There is a palpable pain and anguish in the soul of our men and women that we rely on, the family of the Chicago Police Department," Mayor Rahm Emanuel said Tuesday afternoon.

CPD Officer Conrad Gary was an Air Force veteran and the father of a baby girl.

After graduating, Gary joined the Air Force before moving to Chicago, where he served in the CPD's 5th District. He was on the force for 18 months.

Gary lived in Chicago with his wife and infant daughter. He had just finished his probationary period on the force.

Eduardo Marmolejo, 36, was the father of three children, one in high school and two younger children.

The block in Beverly where Marmolejo lived with his family is filled with black and blue ribbons in tribute to him. They had lived in the neighborhood for about a year and a half.

Marmolejo had been on the Chicago police force for about two and a half years.

Friends said he was devoted to his family. Marmolejo's family will receive some financial support from the Chicago Police Memorial Foundation.

"We've experienced a great loss today. We know the holidays are never going to be the same," said Kevin Grahm of the Chicago Fraternal Order of Police.

"You have to remember that for these families this holiday will never be the same," the mayor echoed.

Residents of the city's Pullman neighborhood, near where the incident happened, wrapped trees with bright blue ribbons.

"It's our way of telling our officers we're here for them in their time of need," said Tom McMahon, neighbor.

Joe Ahern, CEO of the 100 Club of Chicago, said it is an extremely difficult time for not just the officers' families, but for the entire 5th District, which has lost three other officers in 2018. The 100 Club provides for the families of first responders who are killed in the line of duty.

"You look at the young police officers that are there and these are young men and women that are dedicating their life to public service to protect all of us. I just don't know how they can continue to summon that strength and courage to go out there and do it," Ahern said.