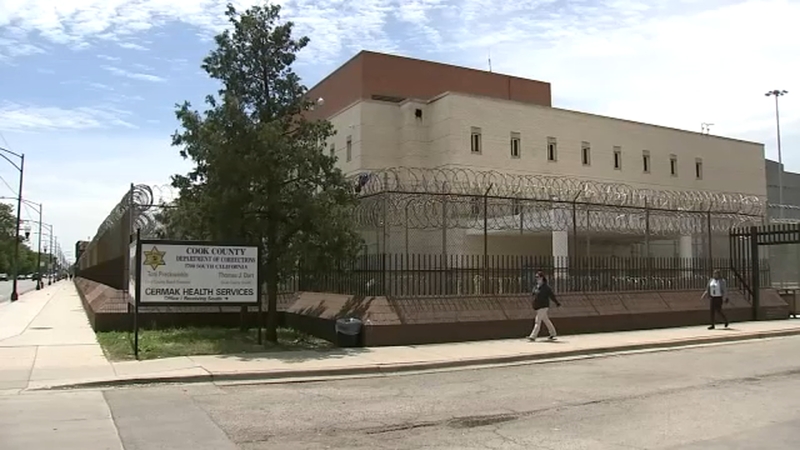 CHICAGO (WLS) -- Two women who said they were victims of sexual harassment are speaking out for the first time Thursday.

They are describing in graphic detail what happened while working at the Cook County Jail.

Denise Hobbs and Esther Jones retired as Cook County Jail employees in 2019 after several years of service. Both said they chose to quit rather than continue to put up with sexual harassment from inmates.

As a corrections officer, Hobbs said she was exposed to the harassment daily.

"I feel like I lost my humanity, it totally changed me as a person," Jones said. "I became fearful of my job or supported."

Both women said multiple verbal and written complaints to supervisors were not only ignored, but mocked.

Now, as they speak out publicly for the first time, Hobbs, Jones and other female employees filed a class-action lawsuit against Cook County and the Sheriff's office in 2017.

The female jail employees' lawsuit was filed at the same time as a group of women from the public defender's office who filed a similar suit, but it was later settled by the county.

"The sheriff has spent the last four years fighting this case tooth and nail instead of trying to resolve it," said Noelle Brennen, the jail employees' attorney.

The county won an appeal to declassify the lawsuit, meaning women who want to join must do so individually using their names. In a written statement, the sheriff's office said it has taken several steps to deter harassment from inmates, including "specialized jumpsuits, new cuffing procedures and increasing jail discipline."

The female employees say it's not enough.

"They failed to protect me and other women," Jones said.

If other jail employees want to join the lawsuit, there is a court-ordered deadline of July 7 to do so. Plaintiff lawyers said hundreds of women are considering it.
Report a correction or typo
Related topics:
chicagocook countycook county jailjailharassmentlawsuitcook county sheriffcook county
Copyright © 2021 WLS-TV. All Rights Reserved.
TOP STORIES
Rockton chemical plant explosion causes major fire, smoke
Carjacking safety tips: What to do if you are in a fake accident
Family of security guard killed in Gary to remember him at White Sox game
45 shot, 3 fatally, in weekend shootings across city
Driver beaten in West Dundee road rage incident dies, police say
8 injured when vehicle plows into crowd at mud race in Texas
Car drives through crowd of protesters in MN, killing woman
Show More
Mayor Lightfoot announces new summer cultural events
What to know about the delta variant first detected in India
IRS says it's working 'as fast as possible' after complaints about tax refund delays
Security guard in custody after critically wounding man during argument near Grand Park
Watch an exclusive clip from Pixar's 'Luca'
More TOP STORIES News