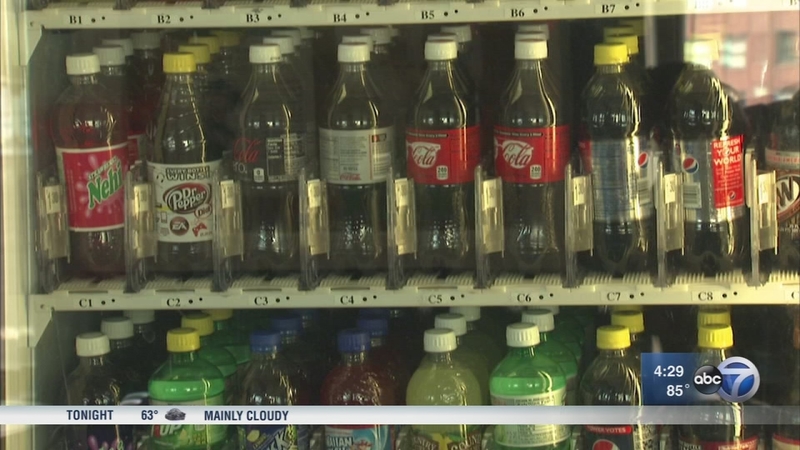 A last-minute appeal was filed Tuesday afternoon to try and stop the controversial tax, once again, from going into effect. Originally slated to begin on July 1, the tax was postponed for a month while a judge reviewed a lawsuit questioning its constitutionality.

The tax does not apply to drinks made-to-order, such as a morning coffee or smoothie. It also does not include 100-percent fruit juice, vegetable juice or baby formula.

County officials said they need the tax to pay for services and hope at least some folks will stop consuming sweetened drinks altogether.

"It's become a habit. Most people aren't going to break the habit just for the price. But at some point, we might cut back," said Latasha Jones, a consumer.

"Almost everything has sugar. There is almost nothing that's pure juice, you know what I mean? So people are going to look at something and say, 'What's this 20-cent tax?' Well, it's got sugar in it, so gotta add that tax," said Saif Masoud, who works at the South Loop Market.
Abid Moinuddin owns Chicken Planet in Chicago's Loop. Soda at the restaurant was $1 a glass with free refills. He said he now doesn't know what to charge. Moinuddin said he pays $75 for a box of soda mix. Starting Wednesday, he'll pay $35 more in taxes. He said refills won't be free.

Some customers near the border tell us they will buy their sugary drinks outside of Cook County.

"It all adds up, I mean, a little here and a little there. Well worth it to wait five minutes until I'm out of Cook County," said Marty Dwan.

Dwan lives in DuPage but forgot the tax started when he bought his soda in Cook County. He said he thinks the beverage tax may have people doing all of their grocery shopping outside Cook County.

Local retailers were up in arms Wednesday, hoping to put a stop to the beverage tax.

A coalition of independently owned merchants came together to lobby their customers into action, hoping their anger would translate into Cook County commissioners rolling back the beverage tax.

Because the tax is only county wide, retailers - especially independent ones - worried their customers would just go elsewhere to shop for food and drinks. They pointed to cities like Philadelphia, which have a similar tax in place.

"Some of the stores in Philadelphia have reported beverage sales down as much as 50 percent. The more disturbing fact is some stores are reporting overall sales as much as 20-25 percent. So that shows that consumers, when they shop elsewhere, they're not only shopping for beverages elsewhere. They're shopping the entire store," said Brian Jordan, of the Illinois Food Retailers Association.

Residents have reported to ABC7 that some stores are charging more than a penny per ounce or charging the tax on drinks such as bottled water. In response, the Cook County President's Spokesman Frank Shuftan said: "The ordinance passed last November. Meetings with stakeholders (including IRMA) were held starting in January, rules and regs were posted in March (some were revised based on input from stakeholders), the tax was supposed to take effect more than a month ago. Any suggestion that this is being rushed is nonsense; there's been plenty of time to prepare for implementation."