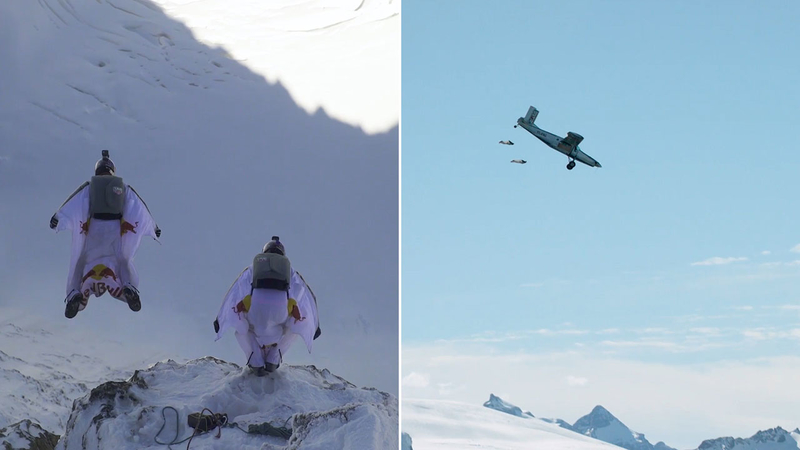 After Vince Reffet jumped off a mountain with a wingsuit and landed in a small plane in midair, his first thought was not of the incredible feat he had just pulled off, but of his friend.

"Once I got in, I only thought about one thing, my buddy behind," he told Red Bull.

The other wingman, Fred Fugen, successfully landed moments later, causing everyone in the plane to let out a cheer.

The French pair, who are known as the Soul Flyers, started with a B.A.S.E. jump off of the top of Jungfrau in the Swiss Alps from 13,642 feet. For the next two minutes and 45 seconds, they did a free fall of about 10,500 feet before landing in the tiny aircraft as it flew.

They had been through more than 100 test flights and even had one failed attempt they had to abandon before their successful jump, according to Red Bull.

"It was very complicated for us as we tried a first time but we messed up a bit and that sucks so much energy out of you," Reffet said. "Going up to 4,000 meters, it physically costs a lot."

They said they performed the feat in honor of wingsuit flier Patrick de Gayardon.