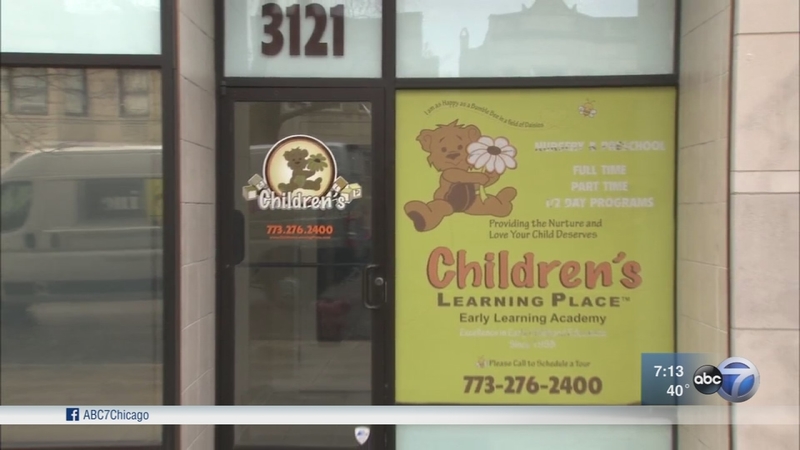 CHICAGO (WLS) -- Two women were charged in connection to an incident at a Logan Square daycare in which five toddlers were injured with hot glue.

Lizandra Cosme, 32, of Chicago, was arrested Sunday and charged with five counts of aggravated battery of a child under 13 years old causing great bodily harm. A Cook County judge ordered her held without bail on Monday. She is scheduled to return to court on Dec. 26.

Cosme allegedly "caused injury" to the five 2-year-old children - three girls and two boys - on Dec. 1 at the Children's Learning Place in the 3100-block of West Fullerton, authorities said.

In an email, daycare spokeswoman Lissa Druss Christman said: "The well-being of our students is paramount. Upon learning of the alleged incident, we notified DCFS immediately and terminated two of our employees. We are currently working with investigators."
The state Department of Children and Family Services is investigating allegations of abuse , an agency spokeswoman said.

Cosme brought the glue gun to the daycare to use on a Christmas project, prosecutors said during a hearing in a Cook County court. Cosme, who had 16 children under her care, was captured on surveillance video applying the glue gun directly to the hands and arms of five 2-year-old children. An assistant in the room with her at the time allegedly stood idly by, laughing with Cosme as this was taking place.

"Each of the child victims winced and some whined at the hot glue gun application," a prosecutor said, adding that Cosme tried to apply neosporin to one of them after she saw circular burn marks starting to appear.

Later in the day, in what appears to have been an effort to cover up what had happened, prosecutors said Cosme asked the father of one of the burned children whether the child had been injured at home. Her actions were discovered, they said in court, after the mother of another child, who is an ER physician, noticed the burns and called the daycare director to inquire about what happened, demanding that surveillance footage be reviewed.

Cosme's defense attorney said in court his client "screwed up" but did not act out of malice, citing her 12 years working with young children.