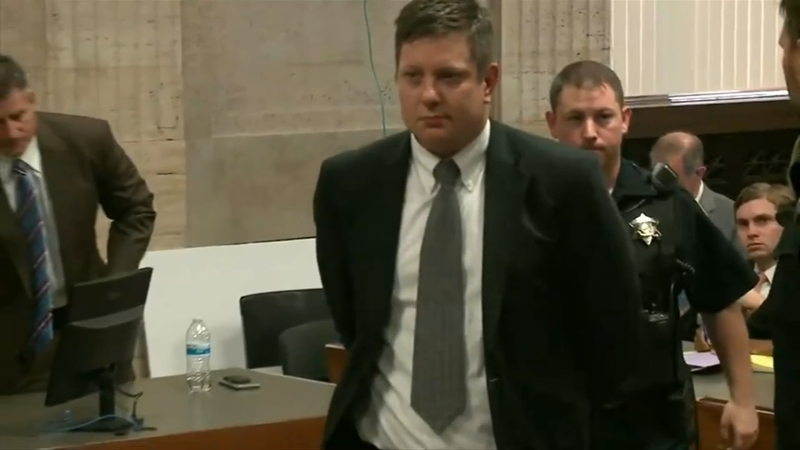 The Derek Chauvin verdict, finding him guilty of the murder of George Floyd, draws comparisons to Chicago's historic conviction of former CPD officer Jason Van Dyke for the murder of Laquan McDonald.

It's even apparent to the attorneys working on the Van Dyke case, special prosecutor Joe McMahon and defense attorney Dan Herbert.

"These are difficult cases for everyone involved," McMahon said.

"It brought back some memories, and recognized some distinctions between the two," said Herbert.

Herbert said while it was the right verdict, he questions the process. Like he argued in Van Dyke, Herbert contends the Chauvin trial should have been moved away from the county where the incident occurred.

"To believe that none of these outside factors would potentially influence a juror into how they were going to vote on a case? It makes no sense," he said.

There are other differences in the case, like how Floyd died. In Van Dyke's case, it was clear the 16 gunshots he fired into McDonald's body caused his death.

"Disproving the element that Chauvin caused the death was probably their strongest defense," Herbert said.

McMahon said another difference in the cases is that Van Dyke made a split-second decision, but Chauvin had the time to make different decisions, and could have reassessed the situation at any point in the nine minutes and 29 seconds he knelt on Floyd's neck.

"Derek Chauvin completely disregarded that and ignored his responsibility and his training, and it was horrific to see," he said.

McMahon added that both cases could be prosecuted due to the most important evidence: video. He said having more videos from police departments and civilians levels the playing field.

Derek Chauvin guilty on all counts (1 of 12)

"It holds individuals accountable and makes it much more difficult for someone to create a false narrative about what somebody did or did not do, and I'm grateful for that," said McMahon.

The attorneys expect comparisons to continue during the sentencing phase. Will Chauvin get more or less than the sentencing guidelines for second degree murder in Minnesota?