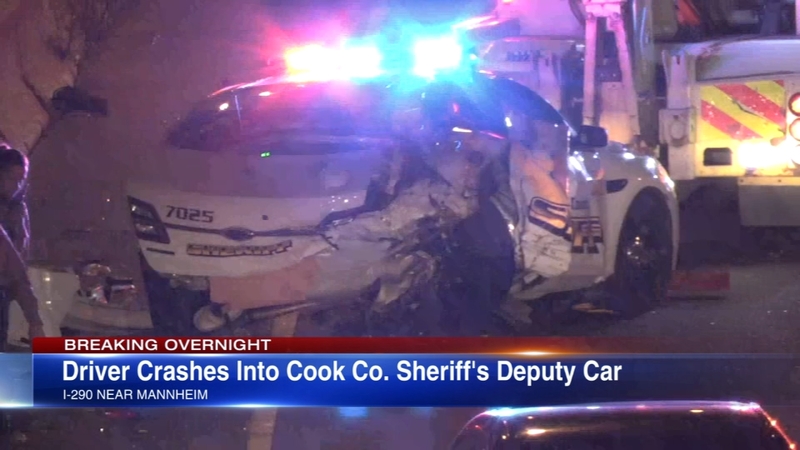 HILLSIDE, Ill. (WLS) -- Authorities say Cook County Sheriff's deputy was hurt checking out a minor crash on the side of the I-290 Eisenhower expressway when his squad car was rear-ended by another driver.

The deputy was in the inbound lanes near Mannheim Road early Sunday morning and had stopped to help a driver who had driven into the expressway wall.

He had just stepped out of his squad car when another driver smashed into it.

Both the deputy and the driver were hurt and taken to the hospital. Police say they are expected to be okay.