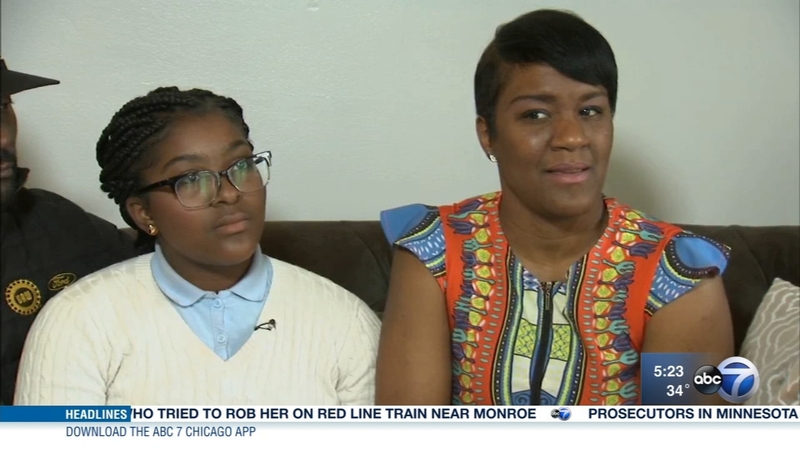 SOUTH HOLLAND, Ill. (WLS) -- A mother in South Holland said her 11-year-old daughter was upset and offended by an activity on a nature walk during a class trip.

McKinley Junior High School said it has been taking students to Nature's Classroom Institute outside Lake Geneva, Wisconsin, for about 10 years. School officials are the ones who choose the activities the students participate in, and have selected the Underground Railroad simulation for several years now without complaint.

Baily Peterson, 11, is a sixth-grader at McKinley. In March, she and about 70 other sixth-graders went there for three nights and four days. While there they studied nature and conducted science experiments.

"I did have fun. It's just what happened that drove me away from being excited about it," Bailey said.

Bailey said on their last night there, the camp facilitated an activity that simulated the Underground Railroad.

"They talked to us about how we were runaways, and how our cover story was that we were a singing choir from Georgia called The Peaches," she said.

Bailey said their school teachers, who were also their chaperones, took part in the activity that lasted nearly two hours.

"She was almost nervous to tell me that they felt funny about it because all of the kids were black and the teachers were white," said Dawn Peterson, mother.

Dawn said there was no communication that the Underground Railroad simulation was part of the trip.

"Couldn't find anything in any paperwork that stated consent. Not even letting us know there would be a simulation at all, let alone this particular simulation," she said.

The Superintendent of South Holland School District 150 said kids look forward to the activity every year.

"There's a perception that we had the kids being chased by white folks at night through the woods. That's not what took place. It was a night hike," said Superintendent Dr. Jerry Jordan.

Jordan said going forward there will be better communication about activities on the class trip.

"It's a part of history. A sad part of history that our people had to go through. And I think bringing something to light for the children, it helped them better understand what our foreparents went through," he said.