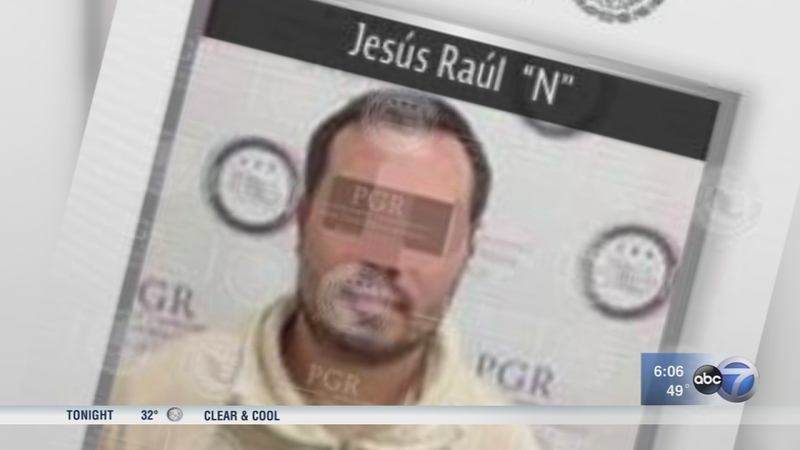 CHICAGO (WLS) -- A former henchman in the Sinaloa drug cartel now being held in Chicago is accusing Mexican and U.S. officials in a campaign of torture dating back to at least 2010.

Attorneys for Jesus Raul Beltran-Leon, who is charged in the trafficking case against drug lord Joaquin "El Chapo" Guzman, have filed court papers that detail 16 cases in which drug suspects were allegedly tortured by members of the Mexican military who work with U.S. drug investigators. The court filing includes a photo of a female drug suspect allegedly being tortured by Mexican drug investigators.

Beltran-Leon's lawyers on Thursday filed a motion in Chicago federal court asking the U.S. government to turn over evidence related to his "torture and psychological abuse while in the custody of Mexican authorities at the behest of the United States government."

As the I-Team first reported last June, Beltran-Leon says he was repeatedly tortured and humiliated by masked members of the Mexican Marines after being arrested in November of 2014. In an affidavit filed in federal court on Thursday, Beltran-Leon recounts how he was shocked with electrodes, subject to water torture and that his wife, baby daughter and mother were threatened with gang rape and murder. He said his "abductors held me down, placed plastic bags over my face, and began to asphyxiate me while others punched me in the abdomen, which forced the air in my lungs to expel faster."

Beltran-Leon's attorneys say Mexican marines burst into his parents' home with guns drawn and seized him and his wife, along with his infant daughter. His captors are accused of threatening to rape his wife and kill his other family members.

Beltran-Leon, 33 and a U.S. citizen, claims several English-speaking Americans were in the home during the raid.

Details of other, similar torture cases were investigated and verified by the Mexican National Commission of Human Rights according to Beltran-Leon's attorneys. They maintain that U.S. investigators from the Drug Enforcement Administration were complicit in those cases as well and that the American government provides funding, vehicles, equipment and training to Marine members of the Mexican Navy known as SEMAR.

Beltran-Leon's attorneys say he was forced to admit on a video that he loaded a plane with cocaine while one of El Chapo's sons, Jesus Alfredo Guzman Salazar, stacked the drugs in the plane and another son, Ivan Archivaldo Guzman Salazar, flew them from Culiacan to Chiapas, Mexico.

While Beltran-Leon was blindfolded, a man speaking Spanish with an American accent questioned him about the whereabouts of the two sons, but Beltran-Leon replied he didn't know anything, according to his attorneys.