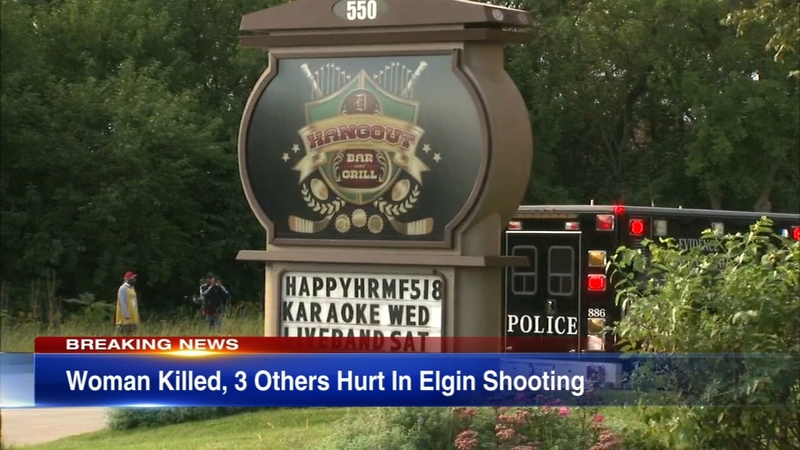 ELGIN, Ill. (WLS) -- Three people were shot and one woman was killed early Sunday at a bar in Elgin.

According to Elgin police, officers were called to D Hangout Bar and Grill in the 500 block of South McLean Boulevard near Route 20 at approximately 12:30 a.m. Sunday and found three women and one man with gunshot wounds.

The women were taken to area hospitals and the man was well enough to go to the hospital on his own, police reported.

At approximately 5 a.m., Elgin police reported that one of the women had died and another of the victims was still hospitalized. The other two victims had been released from the hospital, police said.

Police said they believe the gunman knew at least one of the victims.