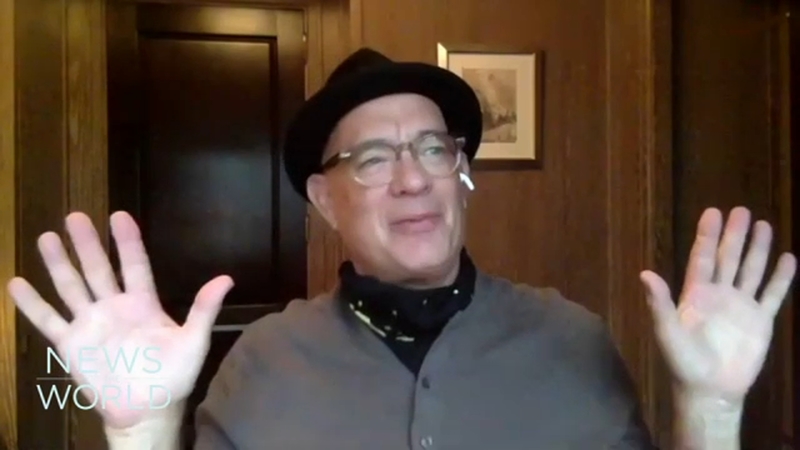 CHICAGO (WLS) -- "News of the World" stars Tom Hanks as Captain Kidd, a Civil War veteran. Now, he's sort of a traveling anchorman, going town to town to keep people informed. But the Captain gets back into battle protecting an orphan in trouble.

"So Tom, I wanna know, as an actor, do you like having a role where you have to be astride a horse?" ABC7's Janet Davies asked.

"Do you like being in a Western? I love westerns!" Davies asked.

"I like Westerns that seek to capture the way things were," Hanks explained. "At some point, Westerns became like a morality play, gunfire seemed to solve all the problems. You can't much better than John Ford's handling of the Western back in the grand days, but even they became some brand of morality play about rugged individualism."

Hanks shot "Road To Perdition" and "Nothing In Common" here in Chicago. He recalled the thrill of co-starring with Jackie Gleason here as a young actor.

"You have been in Chicago many times. What's the first thing you think about when you hear the word Chicago?" Davies asked.

"To be in this fantastic, massive, international big time city for the first time and be staying right there at the lakefront at the Drake Hotel. I had per diem and everything! I was absolutely covered," Hanks said. "I hit the streets - that's what I did when I first got to Chicago."