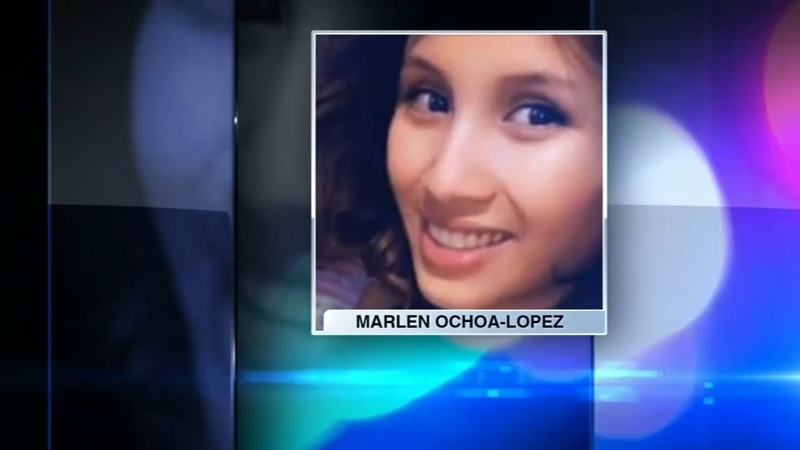 CHICAGO (WLS) -- Family members of a woman who police said was murdered and had her baby taken from her womb spoke Friday evening after a meeting with officials at Advocate Christ Medical Center in Oak Lawn, where the baby was taken and has been receiving care since been taken from his mother's womb.

Police and prosecutors allege that 46-year-old Clarisa Figueroa lured 19-year-old Ochoa-Lopez to her home on the Southwest Side with the promise of free baby clothes. She then allegedly killed Ochoa-Lopez with the help of her daughter Desiree and then removed the baby from her womb. Figueroa then claimed there was a medical emergency, and told first responders she had just given birth to a baby that was not breathing.

The Chicago Fire Department confirmed it responded to the Figueroa home on April 23, the day Ochoa-Lopez was last seen, and said paramedics transported the newborn, along with Figueroa, to Advocate Christ Medical Center for treatment.

Ochoa-Lopez's family members came from Mexico on special humanitarian visas. They arrived last week and visited her son, who is still fighting for his life, at Christ Medical Center in Oak Lawn. The family said goodbye to his 19-year-old mother on Saturday.

Family members of a woman who police said was murdered and had her baby taken from her womb arrived in Chicago late Tuesday night ahead of her visitation and funeral.

"It's still a long way to go for the baby, but the baby is fighting and surviving," Frank Avila, an attorney for Marlen's husband, Yovani Lopez, said of the infant.

Avila described the baby as "handsome" and said he had a full head of hair and looked like his father. He also shared that the baby has been able to breathe on his own intermittently, which has given the family hope.

Julie Contreras, a family friend who has been acting as a spokesperson for the family, said that doctors and hospital staff have been providing the best, most dignified care they can for the baby, named Yovani Yadiel Lopez. She asked the public to continue praying for him.

While the family's meeting with hospital officials was "positive," Avila said, many questions still remain. Avila said legal action is anticipated, but said he was not at liberty to discuss it.

Avila said his team is in the "fact-finding stage" right now, trying to access records that are protected by HIPAA. Contreras said the hospital's actions have added to the family's grief.

"They're defending the rights of this murderer and it's hard for the family to hear that. It's difficult. It's painful. It's as if they're being re-victimized again," she said.

The family called for changes to hospital policies and procedures to prevent future situations like theirs. They hope to set up a meeting with Chicago police Superintendent Eddie Johnson to have their questions answered about the police investigation into Marlen's disappearance.

"It's shameful that the mayor of Chicago and the governor of this state have said nothing," she said. "Not even a phone call to her husband or her mother or father to extend their sympathy. No condolences. It's as if it doesn't matter."

The Illinois Department of Public Health has opened an investigation into the situation.

Christ Medical Center has previously said it can't comment on the case.