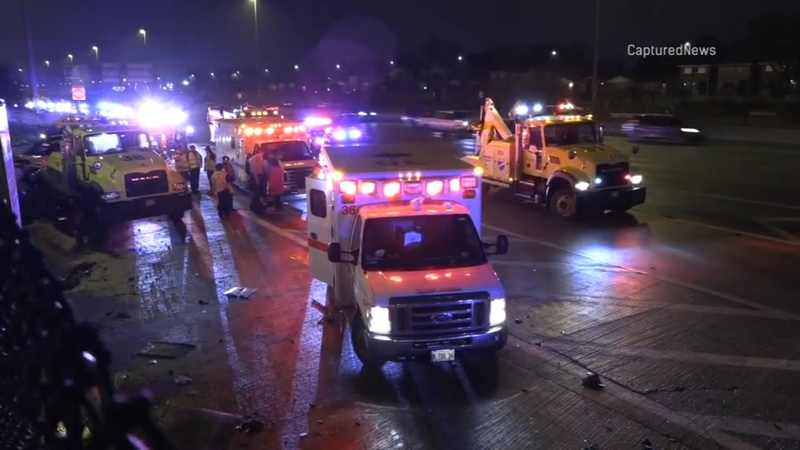 The IDOT truck was parked in an accident investigation site southbound near 87th Street when a passing car slammed into it early on New Year's Day, officials said.

Two people inside the vehicle were pronounced dead at the scene according to the Chicago Fire Department.

The IDOT worker who was not in the truck at the time was treated for minor injuries inside an ambulance on the scene.

The identities of the deceased victims have not yet been released.

A cause is still under investigation.