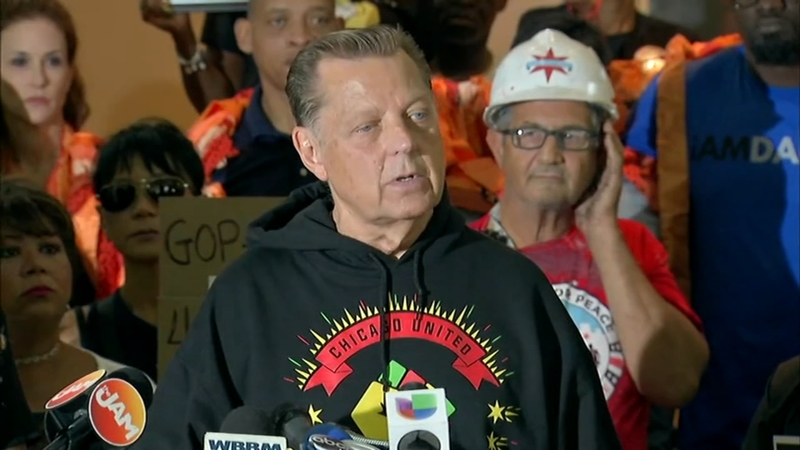 CHICAGO (WLS) -- Father Michael Pfleger has responded Wednesday to an allegation that he sexually abused a child.

Cupich said the allegation has not been proven true or false, so there should be no presumption of guilt or innocence.

Prominent Chicago priest and activist, Father Michael Pfleger is stepping aside from his duties at Saint Sabina, during the investigation of a sexual abuse allegation.

St. Sabina responded in a statement, saying in part, "We, the Cabinet of the Faith Community of St. Sabina, believe that these accusations are unfounded and we boldly stand behind the integrity, passion, work and ministry of our Sr. Pastor, Rev. Michael Pfleger...We understand there is a process and protocol of the Archdiocese of Chicago and we will fully cooperate. However, we believe that our Sr. Pastor will be fully exonerated from all accusations and we will standing with him during this process as he has stood with victims of injustice and will continue to uplift his work and the life, [sic] he has committed to serving others."

CLICK HERE to read the full statement from St. Sabina

Archdiocese of Chicago officials said they became aware of the allegations Monday afternoon. They are not aware of any lawsuit associated with the allegations. They declined to give further details beyond the letter.