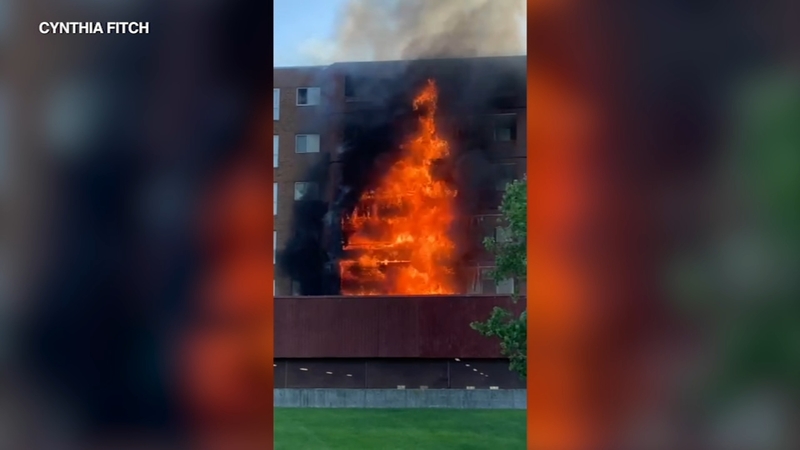 CALUMET CITY, Ill. (WLS) -- A woman was killed and seven others, including three firefighters, were injured after a fire in a Calumet City apartment building, Monday night, officials said.

The fire happened in a building in the 200-block of Park Avenue.

Firefighters arrived on the scene and reported heavy fire on the second floor in a unit in the rear of the building, with flames extending to the sevent floor and the roof.

A woman died from injuries in the fire, officials said. Her identity has not been released.