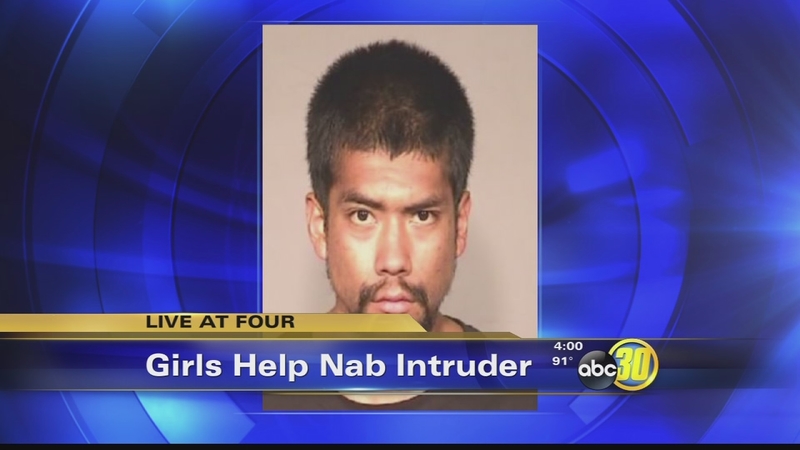 FRESNO, Calif. -- Two Fresno sisters were at home alone when an intruder broke in. But their quick thinking and a messaging app got police to the house in less than a minute.

The girls, ages 8 and 14, saw a stranger poking around their yard right after their dad left for work. When the man climbed in through a window, they locked themselves in the bathroom and texted for help.

The girls in the house used a Google app called "Hangouts" to text message a family friend, who then called 911 and officers immediately responded. Fresno Police Sgt. John Romo said a Fresno police officer was in the neighborhood and the suspect was still there.

"Luckily we had an officer close by he responded within a minute," said Sgt. John Romo. "He found an open window on the side of the house with a chair propped up against it."

Other officers arrived, surrounded the house and Sgt. Romo told us, "Once we opened the door the suspect went out the back door into the waiting hands of an officer."

The girl's father rushed home in time to see the arrest. He didn't want to be identified but told us, "They are fine they are both fine they did the right thing they locked themselves into the bathroom. They are good girls."

The suspect, is identified as Jose Carlos Palomares. He's 23-years-old. Charged with burglary and he is in the Fresno County Jail. Court records show he has had nine felony arrests for burglary and drug issues in the past four years. Police aren't sure why he targeted the house. But dad figures it's time for a watchdog.

He said, "It's a scary situation. We were just talking about getting a dog last weekend, I guess we will be doing that today."