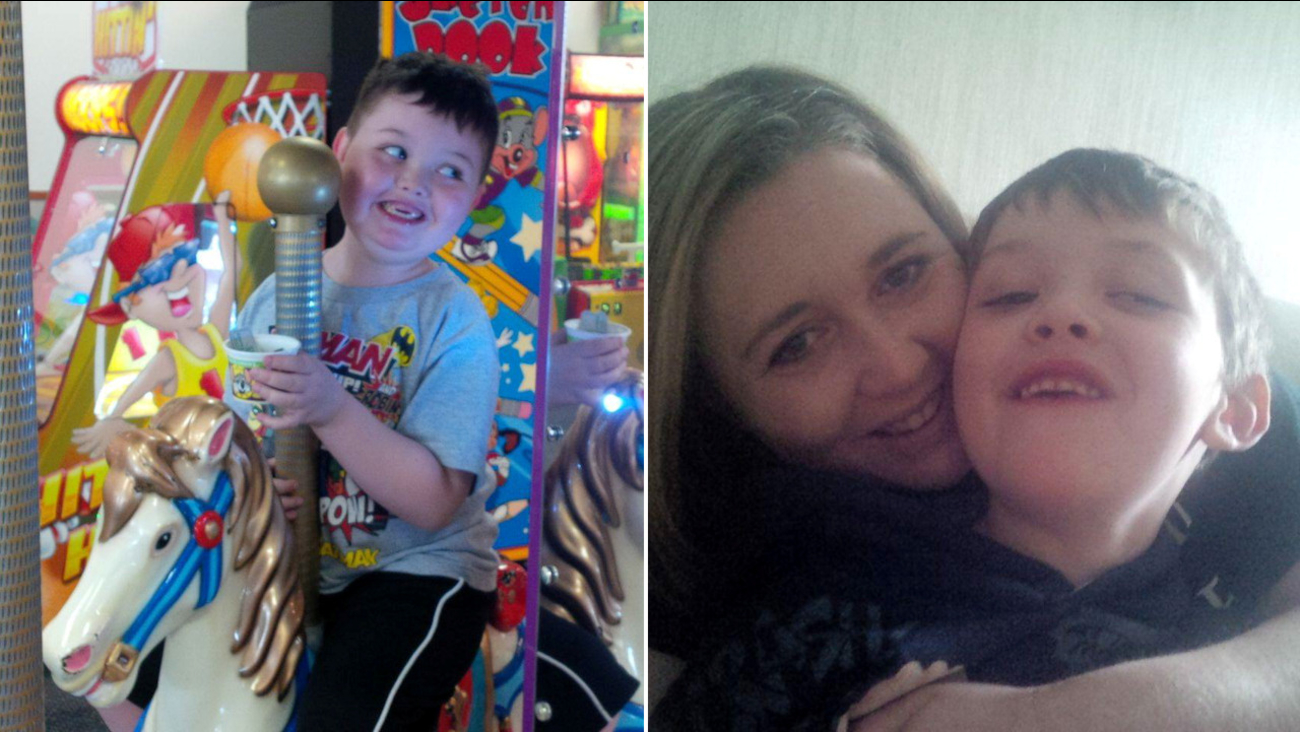 Evan (pictured left, and right with mom Nicole Wellwood) inspired his town to throw him an early Christmas after doctors said he might not have long to live. (Nicole Wellwood/Facebook)

St. George, Onatario is preparing for a big Christmas parade this Saturday, but not because they can't contain their enthusiasm for the holiday. Instead, the town of about 3,000 people is celebrating the life of a little boy who might not live to see the holiday this year.

"The community just grabbed a hold of it and it kept getting bigger and bigger," Nicole Wellwood, whose son Evan inspired the event, told ABC. "I don't think he has any idea how big it's going to be."

Evan, 7, has been battling cancer for most of his life since being diagnosed with an inoperable brain tumor in 2010. Earlier this year, his family learned that there were no more treatment options.

"One of my first questions was, 'Will he be here for Christmas?'" his mom recalled.

The doctors couldn't give her a guarantee. So Wellwood asked her family if they could celebrate Christmas in October this year. In addition to a family get-together, Wellwood's cousin Shelly thought it would be nice to throw a larger celebration and invite the community that had rallied behind Evan throughout his fight against cancer.

When Shelly created an event on Facebook, word got around, and soon the number of people who said they'd attend surpassed the town's population.

Groups plan to carpool from hours away, and signs are starting to pop up at businesses offering free parking for the event.

"The county is expecting the biggest thing St. George has ever seen," Evan's mom said. "There is no possible way St. George can hold that many people."

Wellwood said the party will feature a parade, and plans are in the works for Evan to be a police officer for the day, something he's always dreamed of. Wellwood said Evan has some health issues at the moment like tiring easily and memory loss, but she's sure he'll appreciate the event.

"Saturday is going to be a very special day for him on every level," she said. "I think he's got mixed emotions, but like any 7-year-old, he's excited."

Wellwood said that her son's positive attitude keeps her going.

"When people meet challenges in life, everyone has a different way of reacting to them. Evan's way of responding was to continually smile," she said. "Nothing limits him. It's remarkable."

If you would like to send the family a Christmas card, Wellwood asked that they be addressed to: