Morrow, who is in his first season with the Cubs, met with children who also have Type 1 diabetes before the Cubs game Tuesday night. Though he's currently out with an injury, he realizes he's a role model for kids.

The first thing he showed them was his insulin pump. He might be a professional athlete making millions of dollars, but just like the kids meeting him he depends on a device that delivers insulin to keep him alive.

A portion of Cubs ticket sales for Tuesday night's game are going to support the Juvenile Diabetes Research Foundation, a charity important to the Cubs since Ron Santo became one of the first professional athletes to play a sport while checking his blood sugar levels several time a game.

As the Cubs closer, Morrow usually enters games at the most critical point in the 9th inning. It's a time when adrenaline can turn his blood sugar haywire, requiring a dose of insulin or maybe a candy bar. But Morrow said he's gotten used to it.

Morrow said dealing with diabetes has become routine for him. But for his young fans with diabetes it is anything but. They said it shows them what is possible for them to accomplish with diabetes.
Report a correction or typo
Related topics:
health & fitnesschicagowrigleyvillechildrensportschicago cubschicago prouddiabetes
Copyright © 2020 WLS-TV. All Rights Reserved.
CHICAGO PROUD 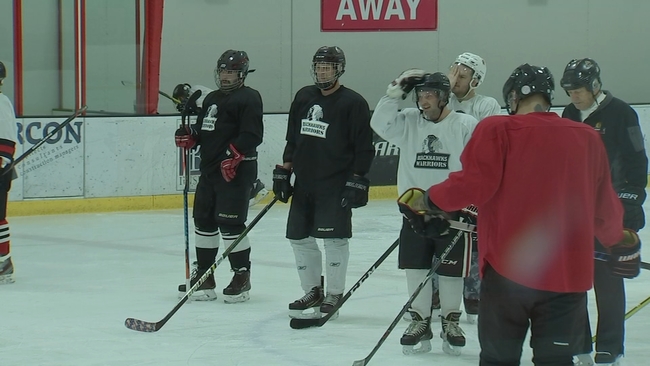