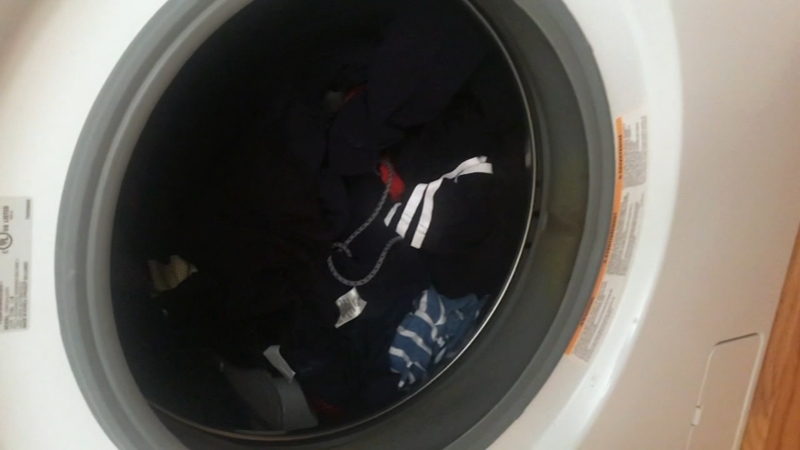 Is there a funky smell coming from your washing machine? If you have a front-loader, it could be mold or mildew.

The problem's been around for years, but why? Consumer Reports scientists have some explanations and solutions if your front loader has an odor.

"I just completed a load of laundry and I wanted to show you the gray, mildewy gook," said Deirdre Myles, describing the issue she has with her front-loading washing machine. "It smells like a damp basement."

The problem isn't new. According to Consumer Reports smelly washers and mold has been a problem for about 20 years.

"Over the years manufacturers have made design changes to try to combat the mold issue," said Consumer Reports Home Editor Sara Morrow-Harcourt.

But that hasn't solved the problem, so manufacturers went back to the drawing board.

Last spring, Consumer Reports tested a new front loader from GE designed to eliminate excess moisture. The results: It reduced humidity levels inside the drum, but Consumer Reports says that's not a guarantee that mold or bacteria won't grow.

GE responded, saying in part, "Residual moisture left behind after the wash cycle is the biggest contributor to odor-causing bacteria in front loaders...The front-loader is a closed system-the gasket seals it and the water and moisture stay in, unlike top-loaders."

"Mold spores can be found anywhere you wear your clothes," Morrow Harcourt said. "So you actually toss them into the washer where there might be residual detergent, leftover lint, hair, and any other organic material, add to that lingering moisture in the machine and mold can flourish."

Like many other frustrated consumers, Deirdre finally gave up and is getting a new top-loading washing machine.

"Our tests are finding many high efficiency top loaders are actually performing nearly as well as many of our recommended front loaders," Morrow Harcourt.

Among them, a LG, a Consumer reports Best Buy for about $650. It offers excellent performance and water efficiency, plus very good energy efficiency.

Shopping for a pair? The matching electric LG dryer also performs well in Consumer Reports tests, earning excellent ratings for performance and reliability. It'll cost you around $1,300 for the set.