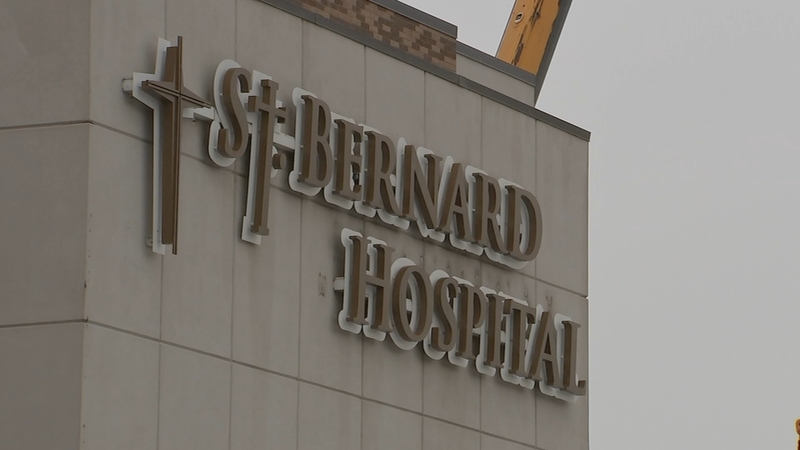 Hospital merger aims to transform healthcare on Chicago's South Side

CHICAGO (WLS) -- Four hospitals are coming together to transform health care on Chicago's South Side. They are creating a system that they say will expand access to preventive care and quality services while providing jobs and training.

St. Bernard Hospital is one of the hospitals included in the $1.1 billion merger.

President and CEO Charles Holland said he hopes it will improve access to quality health care for residents in some of the city's most impoverished neighborhoods.

"The South Side of Chicago is in a health care crisis," Holland said. "It's unfolding as we speak and we need to address it together."

The city's oldest and first teaching hospital, Mercy, along with Advocate Trinity and South Shore are on board to combine their assets to establish a new hospital system.
The effort comes as all of the hospitals posted multi-million-dollar net losses in 2018 and the communities they're in continue to face significant health inequities.

"Just because of where you live, you shouldn't have a lower life expectancy or not have access to quality health care than someone with an address that's five miles away from where you live," Holland said.

The plan, which will be implemented over several years, calls for at least one new hospital and up to six big-box diagnostic, ambulatory care centers to be built in the Bronzeville, Englewood, South Shore, and Southeast Side Calumet Heights neighborhoods.

The merger has the support of the Illinois Department of Healthcare and Family Services, which oversees Medicaid the insurer for a majority of the hospitals' patients. In a written statement, Chicago Mayor Lori Lightfoot called the announcement "an innovative proposal to ensure Chicago's South Side residents have access to quality and accessible health care services."

The nonbinding agreement will be open to community input, which could begin as soon as next month.