Composting: How to do it in an urban environment 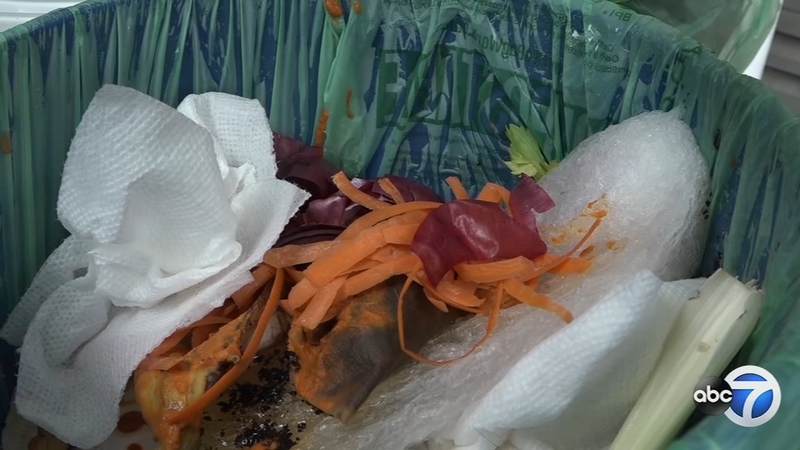 How you can compost in an urban environment

CHICAGO (WLS) -- Bucket by bucket, Andrew Meland is helping make a difference in Chicago through composting.

"If you asked me three years ago if I would be driving around in a car with 500,000 miles on it, listening to NPR and picking up peoples' buckets of compost, I would've said you were crazy," said Meland, a driver with Urban Canopy's Compost Club.

Urban Canopy is a company focused on creating a more sustainable food cycle; from production to distribution, to waste.

They take people's food waste that would otherwise be left in a landfill.

That's why Meland and his coworkers drive around the city, every day, picking up food scraps from peoples' homes to make into compost.

"That's one little piece of the puzzle that helps environmentalism you know," Meland added. "It's like everyone's got to do their part and I feel like I'm a cog in an attempted functional machine."

So what is composting?

"Composting is quite generally the decomposition of organic matter," said Alex Poltorak, Urban Canopy's CEO. "It's primarily done by bacteria and fungus that first break down the different materials."

But before it gets to that point, it's in your kitchen.

"The shells of the lima beans, the potato peels, the skins of the onions, cheese, moldy bread, meat, meat scraps. We kinda say sometimes anything that grows, goes, so if it was ever alive, regardless of what part of it, it's compostable," Poltorak said.

When you're done, you drop the scraps into a bucket and leave it outside your door. Then it meets someone like Andrew.

A portion of the scraps he takes will be used to create soil for Urban Canopy's farm in Englewood. The remainder will be given to a composting facility on the South Side, Organix.

This is just the process for Urban Canopy. There are several other composting companies with different processing methods that you can choose from in the city.

But when you live in a city like Chicago, it can be hard to take the steps needed to help keep the world a little greener. So coming together as one, can make it a little easier.