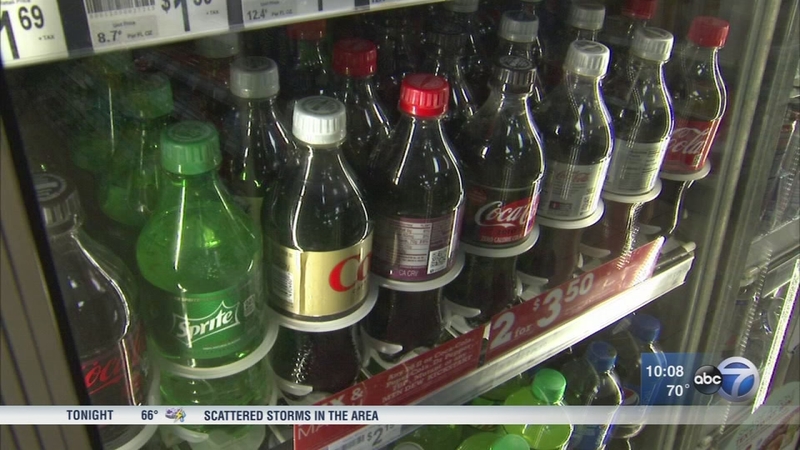 CHICAGO (WLS) -- The Illinois Department of Human Services told the Cook County Board of Commissioners Thursday morning that parts of the sugary drink tax in Cook County are illegal.

In a letter delivered to Cook County Board President Toni Preckwinkle, IDHS said the U.S. Department of Agriculture and the Food and Nutrition Service determined Cook County is violating federal law when it comes to taxing low-income families on the new sweetened beverage tax. The letter specifically mentioned families who are in the Supplemental Nutrition Assistance Program, also known as SNAP.

Government officials said they will suspend administrative funds to the state if the method of implementing the tax on SNAP recipients is not fixed, which means a possible loss of over $86 million in funding.

"This latest warning from the feds shows that there are significant problems that still remain in the way that this law was drafted," said Cook County Commissioner John Fritchey.

Cook County told retailers they could collect the tax from those low-income customers as long as they refunded the money in a separate transaction. This solution was a compromise for merchants who complained that they didn't have time to adjust their point of sale systems.

"Two problems: one, it doesn't treat the benefits like cash and it kind of singles out the SNAP customers for an extra step, and secondly it gives them back cash for their SNAP benefit, which is actually against the law," said James Dimas, IDHS secretary.

The letter said even if Cook County refunds the tax to SNAP recipients, it won't cure the problem or the violation of the law.

Cook County has been ordered to respond on how they will comply with federal law by August 21.

The Illinois Retail Merchants Association, which is suing to repeal the tax, said Cook County was notified long before the rollout that collecting the tax from SNAP customers was illegal.

In a statement released late Thursday, Cook County said it consulted with the USDA in June on the issue involving SNAP customers and was never told the measure was unacceptable. Cook County said it will continue to work with the state and federal government to address their concerns.