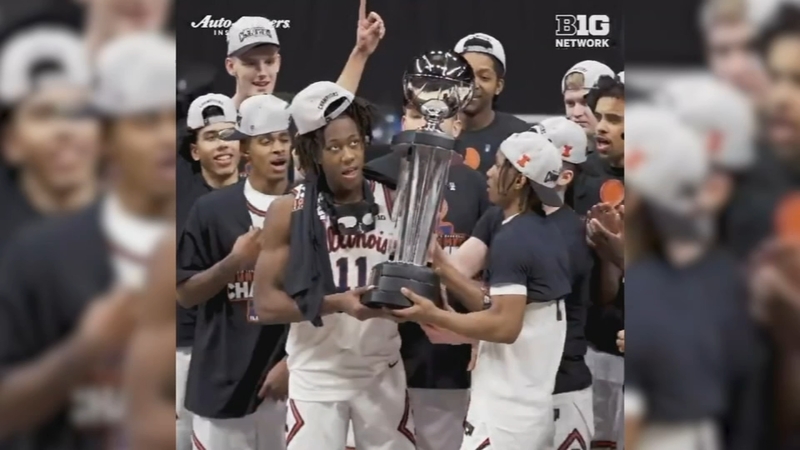 CHICAGO (WLS) -- With the Fighting Illini winning the Big Ten conference tournament and getting a No. 1 seed in the NCAA Tournament, Illini alums and students are excited.

It was the first day being open for business for the Illini store, a pop-up shop in Lincoln Park. The line was out the door around the block.

"We started painting Thursday night and by Sunday at noon, this was open," said Steven Farag, the owner of Campus Ink. The company's head of marketing, Laken Browning said, "It's crazy. People have been waiting for this. The hype and excitement. There's magic in the air."

It's the most excitement surrounding Illini basketball since 2005, the year they made It to the national championship game.

Even though the Big Ten Championship was on a neutral court Sunday in Indianapolis, most of the fans allowed in were rooting for the orange and blue.

Illini all-time leading scorer Deon Thomas played in the 90s, and said this might be the best team in school history.

"As a former player, I can't tell you how exited I am. It's crazy right now," said Thomas.

The Chicago area has the largest concentration of university of Illinois alumni. The local Illini club has hosted watch parties all season at numerous bars and restaurants in the city and suburbs. They say it is a great time to wear the orange and blue, and basketball success is a great thing for the entire university community.