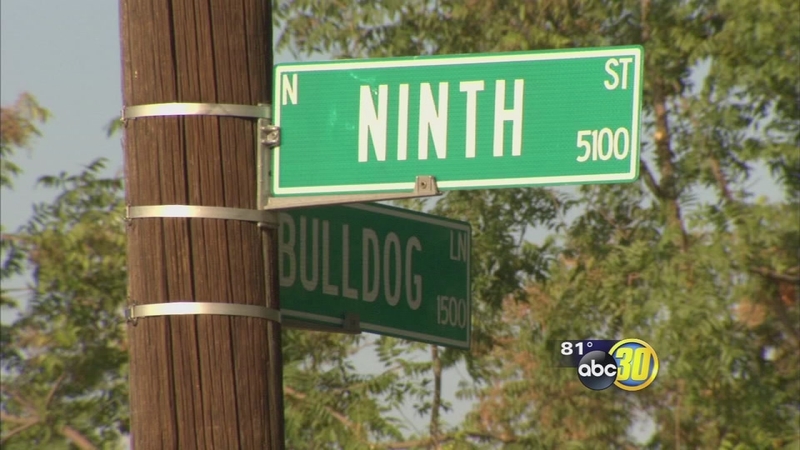 FRESNO, Calif. -- A Fresno State student was saved by his iPhone during an armed robbery. It stopped a bullet but the shooting has raised questions of security.

Students are feeling uneasy at the Campus Edge Apartments. On Monday, late at night, the gates were open. A criminal slipped in with a gun and followed a student home.

Faris Alotaibi, the victim's roommate said, "He took a gun, after he took the backpack of my roommate, and he shot him in the leg but my roommate is very lucky."

The victim's iPhone stopped the bullet and the thief took off with his laptop.

"I looked at his jeans and it was torn open," Alotaibi said, "He showed me the phone, the bullet was very clear, destroyed it and broke it into pieces."

Rebecca Goss lives nearby. She was outside at the time and she heard the gunshot. Moments later, she says a big man in a ski mask ran past her.

She blames the gates. She says they've been open, day and night for the past few weeks. Management at the apartments confirmed it and said it was due to a card key issue. The problem has since been resolved, the gates are closed but students are still worried.

Goss says she wants to move and Alotaibi's roommate has already left town.

"He is no longer interested in Fresno, he wants to drop all the courses and he will never come back," Alotaibi added.

Alotaibi understands but he says there's a bigger problem outside the apartment complex.

Like many students at the complex, he says he doesn't feel safe at home anymore -- even with the gates closed.

Management at the apartment complex says it is looking into better lighting and surveillance cameras. Meanwhile, investigators are searching for the gunman. Witnesses say he's a big guy, roughly, 5'10 and 170 pounds.