Man says he struggled to accept loss of 4 kids, 2 grandparents during Hurricane Harvey 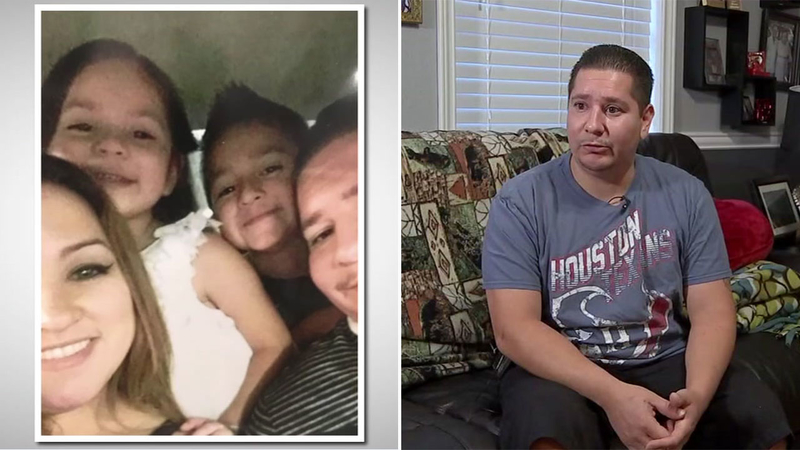 Dad who lost 6 family members during Harvey: 'It hurt bad'

HOUSTON, Texas -- Life can change in an instant, and for Jason Saldívar, that instant came during Hurricane Harvey and a phone call with his mom.

"She was crying. It was basically like, 'Is this real? Am I dreaming?'" he said.

It was last year during Harvey. Saldívar was serving a short prison sentence related to a drug charge.

When he heard on the news his neighborhood was flooding, he called home to check on his children and heard the worst news imaginable.

"It wasn't until I actually saw the picture of the van and everything that it really hit me, that they're telling the truth," he said.

The story made international headlines. The van was washed away, leaving six members of the same family dead. They were Saldívar's four children and his grandparents, all trying to flee the rising water. His great uncle was driving and managed to survive.

Saldívar's sentence ended and he was released just in time for the funerals. All the while, he struggled to accept that the loss was real.

"These are my babies in these caskets. And then when we started to put them in the ground, it became even more real to me. That this was the last time I was even going to see their caskets or anything. So, it hurt. It hurt bad," he said.

Since then, he's had many dark days.

"It hurts me still to this day to even think about that and think about them, maybe fighting for their lives," he said. "I went through a bad depression and I was shutting everybody out."

Though the loss of his kids was the source of his grief, he said it was also his kids who helped pull him out.

"I know they would be looking down and they would want me to go on and not be constantly mad and angry," Saldívar said. "My oldest daughter, she's like the voice of my conscience now and I hear her every step of my way."

While he continues to have painful moments, Saldívar said the outpouring of prayer and support from his family and from strangers helps him keep going.

"If one is struggling, we're all struggling and we're all pulling each other up and that what it's about," he said.

The photo captures the moment a man who lost six family members during Harvey receives a sign.