Governor Pritzker calls on State Sen. Sandoval to step down as chairman of transportation committee after FBI raids 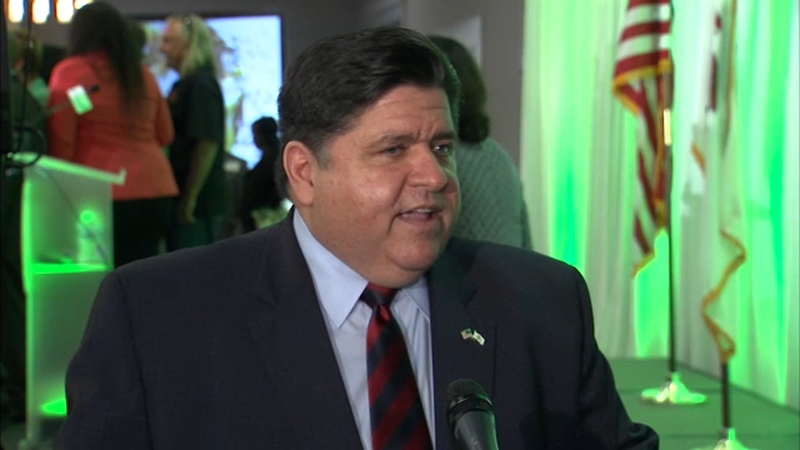 SPRINGFIELD, Ill. (WLS) -- Governor JB Pritzker called on State Senator Martin Sandoval to step aside from a key leadership role on the state's transportation committee in the wake of FBI raids on his office.

Prtizker said Tuesday he was angry at the corruption allegations that have now engulfed Senator Sandoval. The investigations have also targeted several suburban governments.

Because Sandoval serves as chairman of the transportation committee, state transportation projects that are part of this year's $45 billion capital bill will now come under extra scrutiny.

Prtizker called on Sandoval to step down while speaking at a south suburban convention meeting.

"While Senator Sandoval is under investigation it's in the best interest of our state that he no longer serve as chairman of the transportation committee. If he doesn't step aside he should be removed," the governor said.

"IDOT has not received any, you asked about subpoenas or search warrants, none of those, and also for the governor's office, none of those," said Prtizker.

Sandovol had tried to influence the capital bill in ways that could have benefited companies with connections to him, but those efforts were rejected. The governor said any contracts in the capital bill will now get even greater scrutiny.

"So that any projects that get approved are approved with the utmost confidence that these are done in the best interests of the taxpayers and with nothing of the sort of corruption or self-dealing that has been alleged," he said.

There was a $250,000 allocation in the capital bill for the village of McCook, which was one of the municipalities raided by the FBI. The mayor, Jeffrey Tobolski, is also a Cook County commissioner.

"This is a country in which, thank God, you are innocent until proven guilty and actually to my understanding Commissioner Tobolski has not been charged," said Toni Preckinkle, Cook County Board president.
The Governor said he has spoken to Senate President John Cullerton about Sandoval and his powerful position on the transportation committee, but it's unclear what steps Cullerton will take at this point.