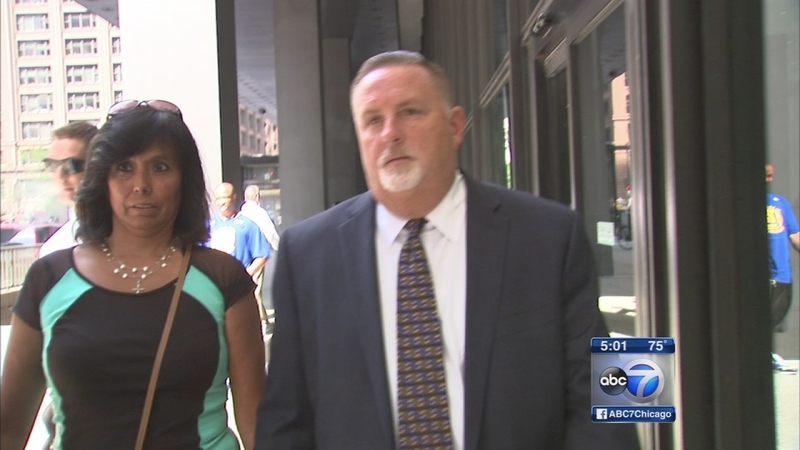 Ex-CDOT official gets 10 years in prison

CHICAGO (WLS) -- The man who was formerly second-in-command of Chicago's Department of Transportation was sentenced Monday to 10 years in prison and ordered to pay $2 million in restitution for his role in the city's red light camera scandal.

During the trial, prosecutors said Bills received hotel rooms, golf trips, a condo in Arizona, an apartment on the South Side, a Mercedes and $600,000 in exchange for steering contracts to Redflex.

"It was just me being me, a regular guy placed in a tough position. And I made some tremendous, tremendous ethical mistakes," Bills said.

Bills apologized for his actions, while maintaining he was only taking orders.

"I was a mid-level manager put in a position to work on the largest red light - one of the largest contracts in the city of Chicago - not having one day of experience and never having worked on a contract in my life," he said.

Bills' attorney Nishay Sanan rejected the government's case that Bills was the person who organized 10 years of kickbacks and cover-up to get the city's original red light camera contract and that the City of Chicago was a victim.

"It's appalling. They collected over $700 million of proceeds from a red light program that John helped bring to Chicago," Sanan said.

Bills served as deputy transportation commissioner during the Daley administration and retired in 2011.

"He was the program director over that contract from inception to finish. To me, that is not what I think of when I think of middle manager. That is a significant entrustment of public power and responsibility to a single human being who then violated that trust," said Zach Fardon, U.S. Attorney for the Northern District of Illinois.

Fardon personally tried the case, arguing that the all of the citizens of Chicago are victims in any corruption case.

"When we have evidence that officials are robbing the taxpayers, we have to pursue those with vigor and make sure we get it right," Fardon said.

Bills has not cooperated with the government's investigation. Even though he claims he was just a middle manager, Bills declined to name who was giving the alleged orders.

The government said all of the evidence points to Bills, but prosecutors will not say their investigation is over.