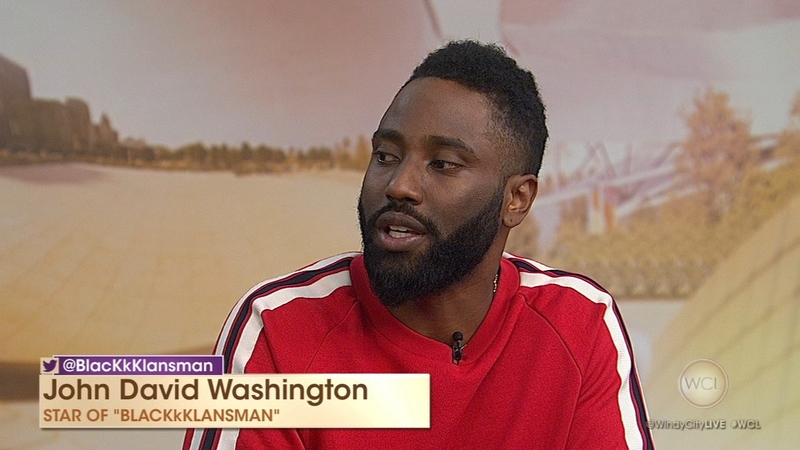 He's the son of acting royalty - Denzel Washington and Pauletta Washington. John David Washington at first rebelled against his acting roots by playing professional football. But his acting genes finally got the best of him. As a kid he had a small role in his father's movie Malcolm X, and in 2010, he co-produced "The Book of Eli" which his father starred in and produced. He is best known for the HBO series "Ballers" where he plays football star Ricky Jerret.

He is now starring in Spike Lee's latest film "BlacKkKlansman" - he portrays Ron Stallworth - and the movie is based on Ron's life. John stops by Windy City Live to talk about his acting career and the new movie.