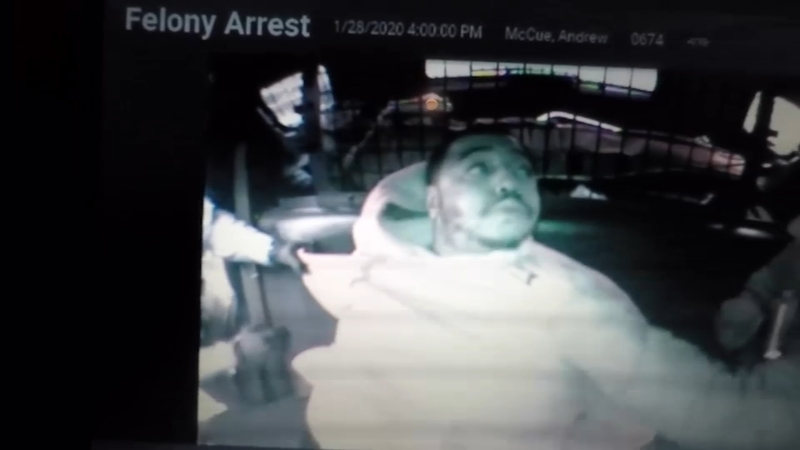 JOLIET, Ill. (WLS) -- The wife of a man who died in Joliet police custody is heartbroken and demanding answers after watching dashcam video of his treatment while in custody.

The incident happened during a drug sting in January 2020. The case is under investigation and the Joliet Police Department are defending their officers, but the Eric Lurry's widow said officers contributed to his death by not rendering aid.

On January 28, Lurry was handcuffed in the back of a Joliet police squad car. He had been arrested as part of an undercover drug operation. Dashcam video obtained by ABC7 shows Lurry's seemingly uneventful ride to the station.

By the time they get there he appears conscious but dazed, and unable to respond to commands.

"It just hurts my soul to watch that video, to know I was right all this time," said Nicole Lurry, widow. "Two days ago I found out there was a video surfaced. It's been five months."

Eric Lurry died in the hospital the day after the incident. The official cause of death was determined to be fentanyl-induced intoxication. But Nicole Lurry and her attorney disagree. They point to the video, which shows the officer holding Lurry's nose for 1 minute and 38 seconds, then another officer inserting a collapsible baton into his throat, removing several plastic bags police say contained drugs.

"They suffocated him," said Michael Oppenheimer, attorney. "He was already in distress. Then they stick a baton down his throat when they should have been calling for an ambulance."

"After looking at that video, those guys should already be in a jail somewhere. They really should be. That was devastating to watch," Nicole Lurry said.