WLS
By Will Jones
CHICAGO (WLS) -- Nearly nine years after a fiery crash on the Dan Ryan Expressway, the families of Andrew Cazares and Fausto Manzera say they finally have closure.

The men were killed by off-duty Chicago Police Officer Joseph Frugoli, who was driving drunk.

"It was hard. It was hard on us that it took this long for both families to find some type of peace," said Krystel Cazares, victim's sister.

In their lawsuit filed against Frugoli and the City of Chicago, they say Frugoli's years of bad behavior was protected by what they call the code of silence.

15th Ward Alderman Raymond Lopez was one of three who voted against the settlement.

"If we are paying lawsuits for what people do when they are off duty, where will that stop? Where does that end? We have paid out over a half a billion dollars in lawsuit settlements as a city," he said.

Frugoli is scheduled to be released from prison in April 2019.

In court on Nov. 30, Frugoli admitted he is an alcoholic that would binge drink on several beer and Jagermeister shots up to three times a week. Prior to plowing his SUV into Cazares and Fausto's stalled car, Frugoli was involved in other accidents, but was never disciplined by the Chicago Police Department. Those other accidents included two crashes 24 hours apart in January 2008, where Frugoli was suspected of driving drunk. The first occurred when Frugoli's city-owned Crown Vic smashed into a concrete wall.
But Frugoli claimed in court, "to the best of his knowledge" the 2009 deadly accident was the first time he ever drove drunk.

During the closing arguments, attorneys hammered the city for withholding documents related to Frugoli's involvement in a bar fight in 1992 that led to a five-day suspension. 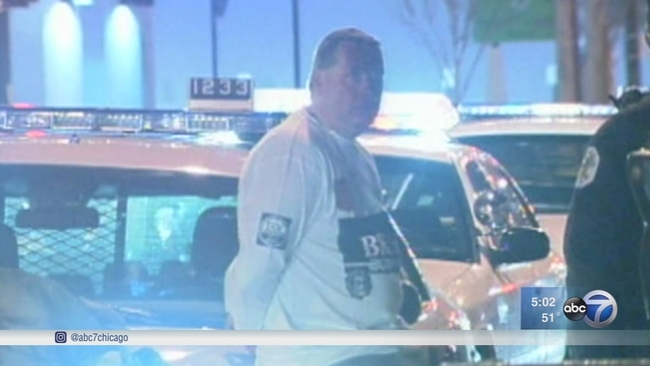