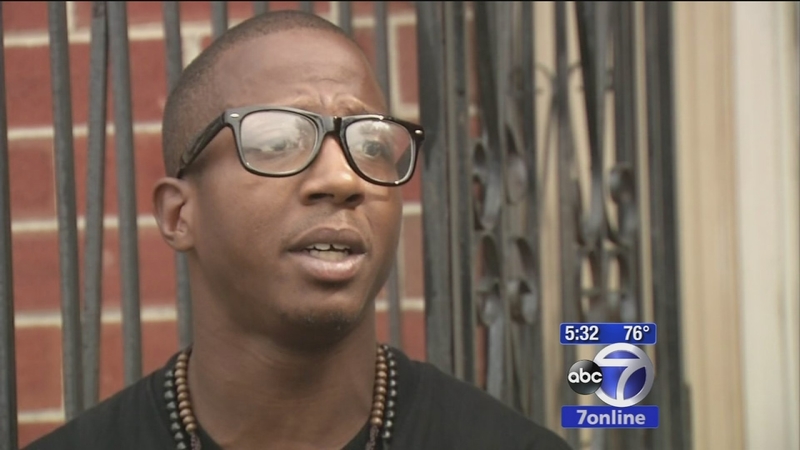 NEW YORK -- A young man who spent years trying to clear his name for a crime he never committed took his own life over the weekend.

Kalief Browder served three years behind bars waiting for a trial after he was accused of stealing a backpack. He said he was innocent, and the charges were dropped.

But he was never able to get his life back, and on Saturday, the 22-year-old hanged himself in his Bronx home.

"Most people think he served three years, he must have done something wrong," said Glenn Martin, of Just Leadership USA. "He didn't. He couldn't afford justice"

Martin runs the national organization, and he has seen video obtained by The New Yorker, which shows alleged gang members attacking Browder. It is just a fraction of what he allegedly endured during his time at Rikers, despite the fact that he was never tried or convicted.

"This young man, in his cell, in solitary confinement," Martin said. "The officer takes him out to take a shower, and then you see, out of nowhere, while he's handcuffed, the officer pushes him from behind, slams him up against the wall and then starts beating him. And then alleges that he made a move to hurt the officer. And any person with common sense who looks at this video realizes that this officer beat up a guy who had handcuffs on."

"And the next thing you know, they're putting the cuffs on me, and I don't even know this dude," he said. "And I do over three years for something I didn't even do."

He gave the interview once he was exonerated and let go. Again, he never had a trial but spent three years in Rikers, because his family was unable to come up with the $10,000 necessary for bail.

The people at Just Leadership USA called on Mayor Bill de Blasio to let out 200 kids, minors being detained right now, while Albany works on a bill to raise the age.

"If the mayor had the courage, he would immediately move the 200 other youth that are on Rikers right now into another facility," Martin said.

The mayor said Monday that there was "no reason he should have gone through this ordeal," and that Browder's story helped inspire his efforts to reform the troubled 10-jail facility.

"(Wife) Chirlane (McCray) and I are deeply saddened by the death of Kalief Browder," the full statement read. "Yesterday, the Browder family lost a beloved son and brother. Kalief's story helped inspire our efforts on Rikers Island, where we are working to ensure no New Yorkers spend years in jail waiting for their day in court. There is no reason he should have gone through this ordeal, and his tragic death is a reminder that we must continue to work each day to provide the mental health services so many New Yorkers need. On behalf of all New Yorkers, we send our condolences to the Browder family during this difficult time."

CLICK HERE to see more of the video from The New Yorker.