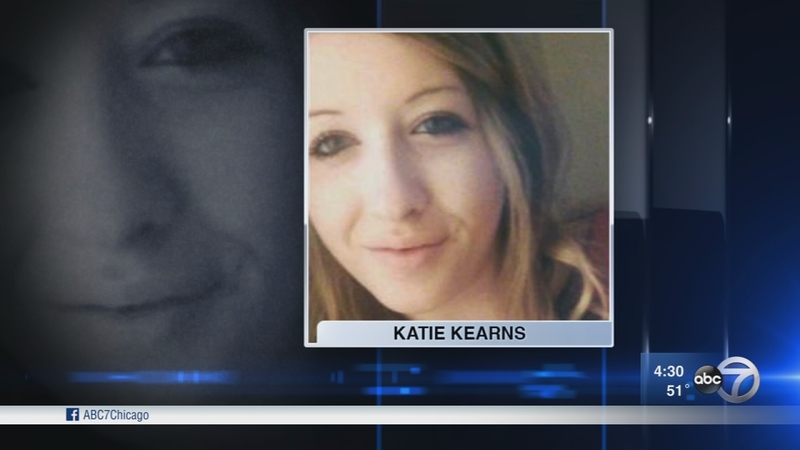 JOLIET, Ill. (WLS) -- Family and friends are concerned about a suburban woman who hasn't been seen since last weekend.

Kevin Kearns has not seen or heard from his daughter Katie in three days. He said the 24-year-old always stays in touch with her family, and at this point, he's scared about what could have happened to her.

"I don't know what to think. I keep waiting for the phone call. 'Hey, Dad,'" Kearns said.

Katie was last seen Sunday night at Woody's Bar in Joliet, where she was a bartender. Her shift ended at midnight.

On Monday morning, she was a no-show at her other job at Cafe Miele in Orland Park.

By Monday evening, when she had not returned to the Mokena home she shares with her dad and sister, the tight-knit family knew something was wrong.

Matt Kearns helped get his sister a job working with him at Barraco's Pizzeria in Orland Park. Her family said she was always a hard worker and recently took a third job at Woody's to pay for car repairs.

"She had some bills so she was trying to catch up and get things paid off," he said.

Katie's family canvassed the neighborhood around Woody's Bar passing out flyers. Her Jeep Grand Cherokee is also missing. Her family is holding out hope they will find her.

"If Katie wasn't gonna show up, she would call. So for her to not call or be there for three days straight is unlike her," he said.