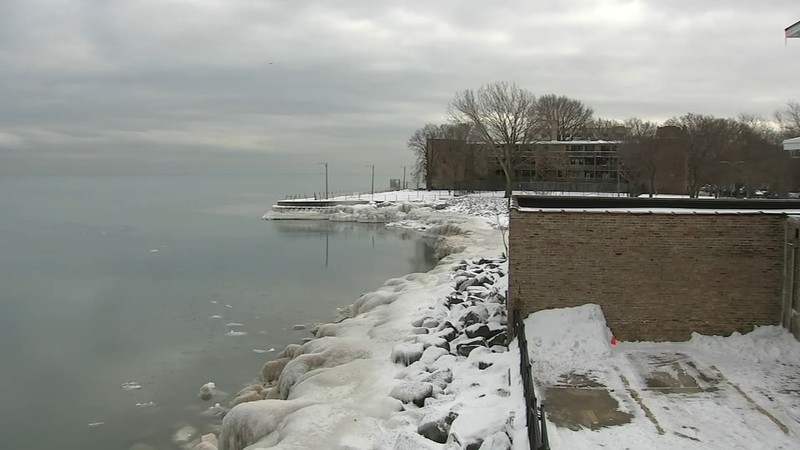 CHICAGO (WLS) -- No matter the season, the lakefront from the south all the way to the border of Evanston is considered Chicago's crown jewel.

"It's the reason I live here, I have a water view. It's healing, it's incredible," said Rogers Park resident Nicholas Barron.

Residents with those incredible views have had a firsthand look at beaches disappearing because of erosion.

Juneway Terrace Beach is Jenny Learner's childhood beach. She now lives in an apartment right next door overlooking the lake. Learner said the erosion has caused the foundation in her building to sink several feet.

"The waves the other day were coming all the way up here, the water was hitting the window," she said.

As a short-term fix to prevent further erosion, boulders and concrete walls have been in place at Juneway and other Chicago beaches.

"You can do those Band-Aid fixes, but at the end of the day, it's not going to be al long-term solution," said Steve Fischer, Army Corp of Engineers Chicago District.

Thursday, the first step towards a long-term solution was announced. With the help of federal funds under the new infrastructure bill, a study will be conducted to come up with solutions for several beaches from Juneway all the way to the South Water Purification Plant.

"I'm grateful we have broken the logjam and gotten the resources to move forward," said Mayor Lori Lightfoot.

The study will take three years. The next step is for Congress to appropriate funds for the long-term projects. Mayor Lightfoot said it could cost over $500 million, but she said the investment is well worth it.